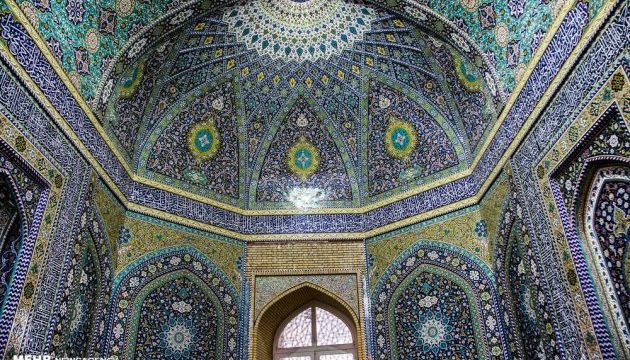 October 4, The Iran Project – Despite inhumane US sanctions during the past years, officials of the city of Qom put their focus on prompting urban diplomacy, cultural activities, international and religious discourse in order to lift the position of the holy city as a Shia hub to a Shia cosmopolis.

Multiple titles are attributed to Qom city, but “the religious capital”, “the cultural hub” and “Shia hub” are the formal titles that are used in the media and Qom municipality. Qom is also known for its diverse ethnic gathering.

Global trends brought to the fore cities and municipalities as the new actors in international relations and diplomacy. Those trends are: the increasing urgency of urban development and the globalization of cities.

Over the past years, Qom municipality has taken major steps in pursuing urban diplomacy and providing due infrastructures. The city officials are seeking to activate the potentials in the field of urban diplomacy to counter the brutal sanctions, thus it is necessary to open a new window with the important religious cities of the world in the area of technical and cultural exchanges to advance the city’s interests and protect the rights of the people.

Regarding the placement of the Holy Shrine of Hazrat Fatemeh Masoumeh (AS) and the sacred mosque of Jamkaran in Qom, it is considered to be one of the key Shia’s religious sites with religious tourism capabilities, as well.

Earlier, the spokesman for the City’s Islamic council had announced that in the strategic agreement of Qom municipality, the necessary arrangements have been considered to achieve the goal of being a Shia world city.

Moreover, since this city is located at the route intersection of 17 provinces, it is the most important focal point of the transportation network in Iran.

Religious tourists and visitors of the city can contribute to the development of the city as well as nourishing the economy which would lead to the creation of new job opportunities. However, achieving these benefits becomes possible as long as necessary civil and social infrastructures are provided.

The city has road connections to Tehrān, Arak, Kashan, Saveh, and Yazd and it is on the Trans-Iranian Railway. There are many Muslim shrines in the area. Kebar, 24 km south of Qom, is the site of an ancient vaulted dam.

Qom also enjoys the presence of road signs. The municipality officials provided maps and brochures for the tourists that made the city a suitable destination for any kind of visitor.

Qom’s educational diplomacy in the lead on Muslim World

The holy city of Qom is the second-largest Shia education center in the world after Najaf in Iraq.

It is also the largest Islamic seminary in Iran, established in 1922, which is home to thousands of students from across the world.

It is worth mentioning that  Shia academies existed in Qom dating back as early as the 10th century CE.

With the wide presence of students who majored in religious studies, it can be said that the religious academics in this city applied educational diplomacy in a way that can properly serve late Imam Khomeini’s Ideals and keep effective interaction with the Muslim communities around the world.

Urban diplomacy a pathway to thwart US brutal sanctions

Just like nations, major cities can promote their objectives and interests by establishing connections with other major cities and international partners and by implementing various initiatives with them. instruments such as twinning and agreements between cities are developing in the framework of “urban diplomacy”.

The director-general of the Department of Communications and International Affairs noted that Qom municipality has long sought to communicate with the world’s major pilgrimage cities, adding the international directorate has been established to handle this process.

The municipality official stated that in the past, Qom municipality attempted to make sisterhood agreements and now we are after making such relations and using of sisterhood potentials became a priority regarding public diplomacy while adding that we also consider these measures as ways for bypassing US crippling sanctions which imposed unilaterally against innocent Iranian nation.

To sum it up, It should be noted that after the victory of the Islamic revolution, authorities have been following particular policies to pave the way for the flourishing and progress of the city within the framework of Islamic guidelines.