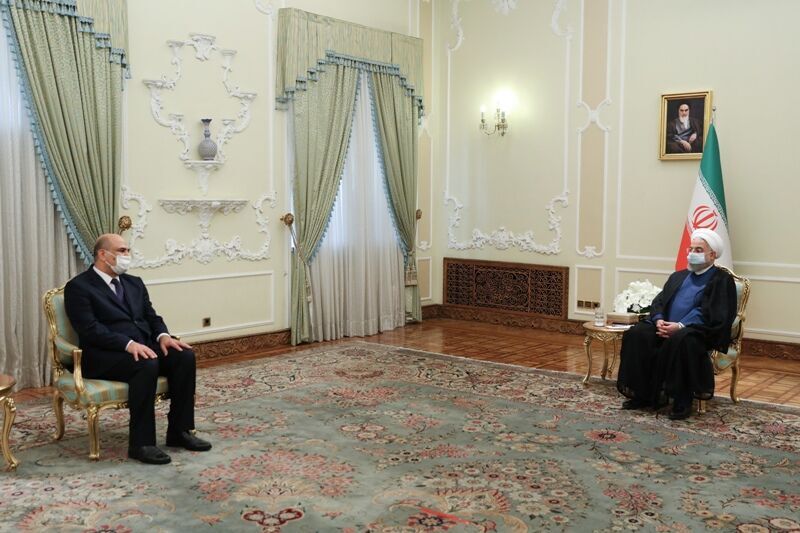 Iranian President Hassan Rouhani in a meeting with the new Iraqi ambassador to Tehran on Tuesday said that Ayatollah Seyyed Ali Sistani’s role in Iraq’s stability and security is unmatched, and said that the Islamic Republic is resolved to back the establishment of peace and security to the region.

“The Government of the Islamic Republic of Iran is determined to support the peace, stability, and security in Iraq,” President Rouhani said while referring to the significance of relations between Iran and Iraq as friendly, brotherly, and neighboring countries.

During the meeting, the new Iraqi ambassador to Tehran Nasir Abdul Mohsen Abdullah submitted a copy of his credentials to President Rouhani.

Also during the meeting, President Rouhani said that Ayatollah Sistani has always been respected by the Iranian people and government.

Pointing out that Iran was with the Iraqi government and people with all its power and resources during the fight against ISIS, the Iranian president pointed out that the martyrdom of Lieutenant General Qasem Soleimani and Abu Mahdi al-Muhandis, two anti-terror commanders indicates that the people of Iran and Iraq stand together against terrorism.

The new Iraqi ambassador to Tehran also emphasized the need for further expansion and prosperity of Tehran-Baghdad relations, adding that the Iraqi government and people do not forget the assistance and efforts of the Islamic Republic of Iran in the fight against Daesh (ISIS).