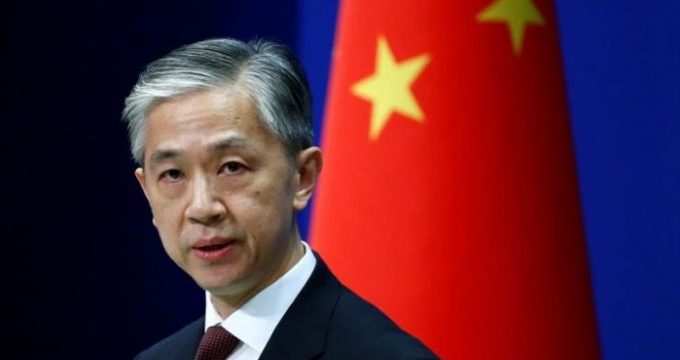 China dismisses US claims of UN sanctions on Iran as baseless

China is following Iran’s nuclear issue closely, and Foreign Ministry and China’s representative to the United Nations have made a clear position on this issue, said Wang Wenbin in Regular Press Conference on Monday.

Wenbin highlighted that unilateralism is opposed by the international community, and JCPOA will bring peace and stability to West Asia, adding that China continues its efforts to resolve the Iranian nuclear issue through dialogue with the help of other participants.

US Secretary of State Mike Pompeo claimed Saturday evening that the US has reimposed UN sanctions against Iran.

The US claims on the implementation of the so-called ‘Snapback’ mechanism and return of all UN sanctions against Iran were met with international reactions.

The foreign ministers of three European countries, known as E3 reaffirmed their full commitment to UN Security Council Resolution 2231 in a joint statement in response to US claims.

Moscow also slammed the US’ statement as ‘theatrical performance’.