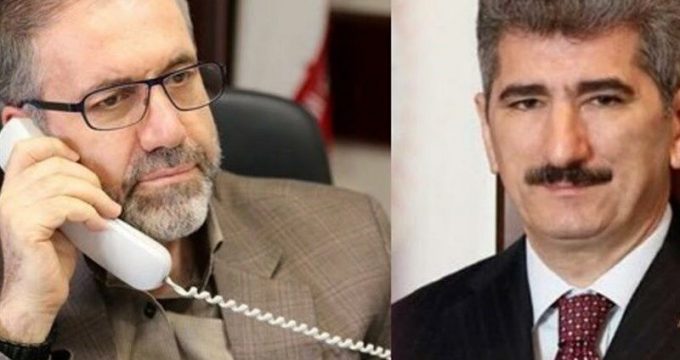 Iran will not allow terrorist elements to disrupt Tehran-Ankara ties

Hossein Zolfaghari made the remarks in a phone conversation with Turkish Deputy Interior Minister Muhterem Ince.

The two officials reviewed the latest developments in the region.

Zolfaghari said that Iran and Turkey need to strengthen cooperation and ties to combat all the threats posed to security and order on the joint Iranian-Turkish border.

The two sides highlighted their determination to advance cooperation aimed at establishing security in the joint borders.

Zolfaghari said that cooperation between Iran and Turkey prevents abuse of terrorists to put at risk peace and security on border areas of the two countries, adding that the security and military leadership of the Islamic Republic of Iran is a clear message for all criminals who act against the security and interests of both countries.

Turkish Deputy Interior Minister, for his part, thanked recent military operations of the Islamic Republic of Iran against the terrorist groups and said: “I hope that with the continuation of such operations, the hostile governments to destabilize the region would be disappointed with their attempt to sabotage the Turkish friendly relations with Iran.”

He again thanked the Islamic Republic of Iran for its determination in the fight against terrorism and those jeopardizing peace and security on Iran-Turkish borders, and promised to raise and follow up the issue of resuming flights between the two countries at a meeting of the Turkish National Health Council.

Iran and Turkey share some 500km of borders most of which include mountainous area.