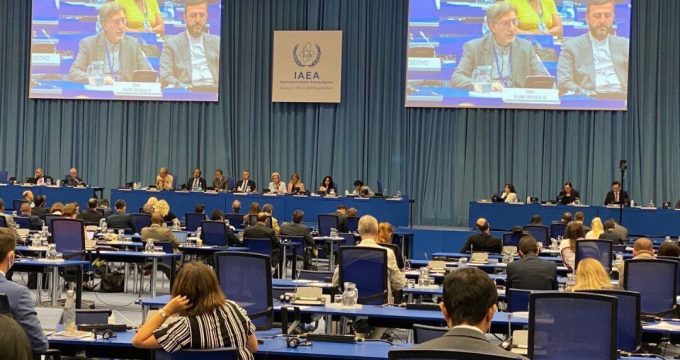 UNIDO’s efforts are of importance, said Baharvand, referring to the process of industrialization in developing countries in a meeting with Director-General Li Yong.

Rejecting the US unilateral sanctions on Iran and their negative impacts on people’s rights, Baharvand asked Li to intensify his actions to help the member states.

Li described Iran as an important member of the UNIDO and gave a report of the measures taken by the international organization, adding that UNIDO is ready to define new projects in the fields that Iran needs.

Addressing a meeting of the Board of Governors of the International Atomic Energy Agency (IAEA) in Vienna on Wednesday, Baharvand said Iran will move forward with its cooperation with the IAEA as before.

“However, we can rest assured that the US can introduce any alternative neither for the JCPOA nor for any other multilateral agreement it has withdrawn from it,” Baharvand said.