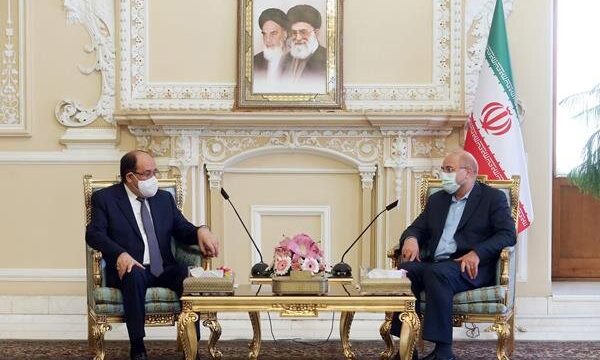 ‘Nations will never succumb to conspiracies of their enemies’

MNA – In his meeting with Former PM of Iraq, the Speaker of the Iranian Parl. said despite the willingness of some Arab governments for normalizing ties with zionists, the Arab nations will never tolerate the zionist regime.

In his Monday meeting with the Former Prime Minister of Iraq and the secretary-general of the Islamic Dawa Party Nations , Mohammad Bagher Ghalibaf said governments will be fortified in case the participation and role of their nations are strengthened.

“Accordingly, if it is observed today that some governments, under the pressure of the arrogant powers, are trying to force the normalization of relations with the Zionist regime, their nations should be considered because the people of these countries are not willing to tolerate the domination of the arrogant,” Ghalibaf said.

He added that if the officials of the countries, especially the Muslim countries, perform their duties well, the conspiracies of the enemies will undoubtedly be thwarted.

He hailed Iraqi parliament’s votes on ousting US from Iraq and named it a major step.

Al-Maleki, for his turn, express gratitude for Iran’s continuous support for the axis of resistance and security and stability in the region, especially in Iraq.

“For sure, the stances of the Islamic Republic of Iran have led the Resistance Front to stand against the conspiracies of the enemies of Islam and Muslims,” he said.

Expressing discontent about normalization of ties between some Arab countries and the zionist regime he said, “The process of normalization of relations with the occupiers of Jerusalem must be resisted with consensus and convergence.”
I believe that strong nations can resist the influence of foreigners, so nations will resist if the governments succumb to the pressure of the enemy, he added.