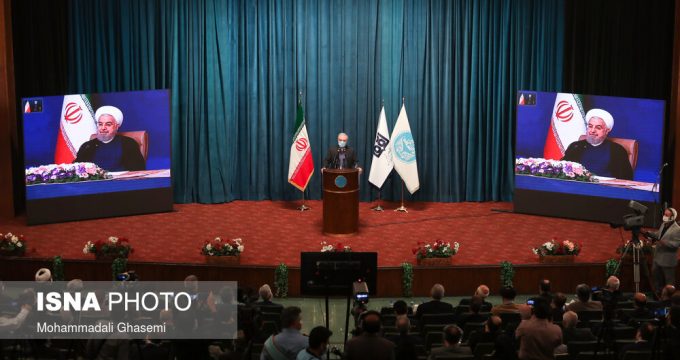 Tasnim – Iranian President Hassan Rouhani said hostile plots against the country have ended in failure in all arenas, pointing to the futile American attempts to reinstate the UN sanctions on Iran.

“Although the enemy has been able to create obstacles for us in the economic field, it has failed regarding political and legal issues. It has faced at least three major historical defeats in recent months,” Rouhani said in a virtual address marking the beginning of the new academic year in Iran on Sunday.

He also referred to the unsuccessful US effort to trigger the so-called snapback provision in the 2015 nuclear deal aimed at reinstating all UN restrictive measures against Iran.

On August 22, Secretary of State Mike Pompeo claimed that US was still a participant to the Joint Comprehensive Plan of Action (JCPOA) and therefore retained the right to activate a 30-day countdown to a return of UN sanctions that had been imposed on Tehran before the nuclear agreement.

However, the remaining signatories to the JCPOA maintained that since Washington had left the accord in 2018, it had no right to act under its provisions and could not initiate the “snapback” of sanctions.

“No UN Security Council member accompanied the US in its snapback push. Until today, America has not been able to invoke the snapback mechanism,” Rouhani said.

“The end of September is the end of the time envisioned in Resolution 2231, and the United States is basically not a member of the JCPOA,” he added, referring to the UNSC resolution that endorsed the nuclear deal.

The Iranian president further noted that despite economic difficulties, the country has witnessed inauguration of big projects while universities and knowledge-based companies have made remarkable achievements, Press TV reported.

“Today is the day the great Iranian nation double resilience against unprecedented sanctions and the dangerous coronavirus; this is possible with trust and hope… The reason we have been able to resist over the past 42 years is the trust of the people,” he concluded.