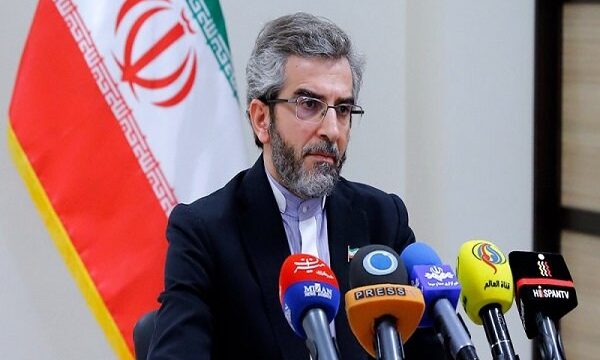 Ali Bagheri Kani described the desecration of Muslim sanctities as a clear example of hatred, blasphemy and blatant violation of the right to freedom of religion and belief, saying that the actions are also a crime according to Article 32 of the French Press Freedom Law.

He considered these legal documents as an indication of the fact that such action is unjustifiable and unacceptable from the perspective of human rights in the international community.

This is another manifestation of modern ignorance, modernity that mocks human values, he said, adding that the French magazine’s derogatory action was taken to divert public opinion from recognizing the presence of the Zionist regime in the region.

He called the French Charlie Hebdo’s insult to the Prophet (PBUH) a blatant violation of Articles 1 and 18 of the Universal Declaration of Human Rights, Article 19 of the International Covenant on Civil and Political Rights.

As soon as the Charlie Hebdo republished the insulting cartoon, Iran Judiciary corresponded with several international authorities and stressed they should not allow some countries to have open space and freedom to use the existing gaps to do such actions.