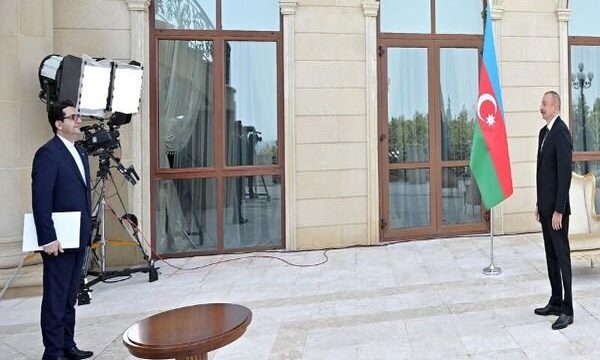 During the meeting, the President of Azerbaijan emphasized the development and promotion of good and friendly relations between the two neighboring countries.

Referring to improving relations between Iran and Azerbaijan and his recent phone talks with Iranian President Hassan Rouhani, Aliyev said, “We discussed major issues during the phone call and agreed that officials of the two countries would have regular online contacts amid coronavirus.”

“Some important transport and energy projects will be fully implemented in the coming years,” he added.

Referring to the completion of the North-South international transport corridor, he said, “This transportation project can connect not only our countries but the whole of Eurasia.”

Aliev noted that the Republic of Azerbaijan and the Islamic Republic of Iran have cooperation in other fields, including investment, electricity and military as well.

After his meeting with Ilham Aliev, Mousavi in a tweet wrote, “Today, as the new Ambassador of the Islamic Republic of Iran to the Republic of Azerbaijan, I had the honor to meet with Mr. Ilham Aliyev, President of the friendly, brotherly and neighboring country to present my credentials.”

“In this cordial and long meeting, he expressed his determination to promote bilateral relations in all fields. I also said that the will of all high-ranking Iranian officials is based on excellent relations between the two countries without any restrictions,” he added.