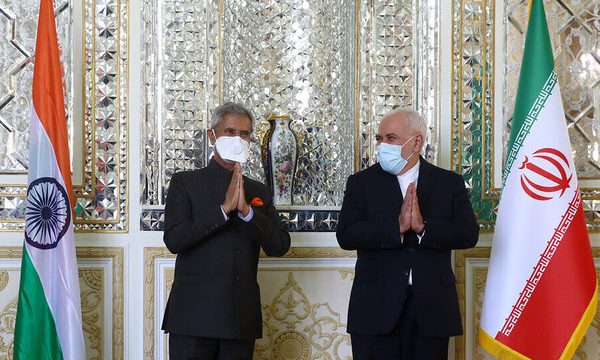 In a tweet on Tuesday, Zarif wrote, “Pleased to host my Indian counterpart @DrSJaishankar in Tehran for talks today.”

“Discussed expansion of bilateral relations and trade, and exchanged views on important regional issues,” he added.

“Our active engagement with our neighborhood is our top priority,” the foreign minister said.

His tweet came after his meeting with Indian Foreign Minister Subrahmanyam Jaishankar on Tuesday afternoon.

Indian Foreign Minister Subrahmanyam Jaishankar made a short visit to Iran on Tuesday on his way to Russia for participating in the Shanghai Cooperation Organization (SCO) Summit.