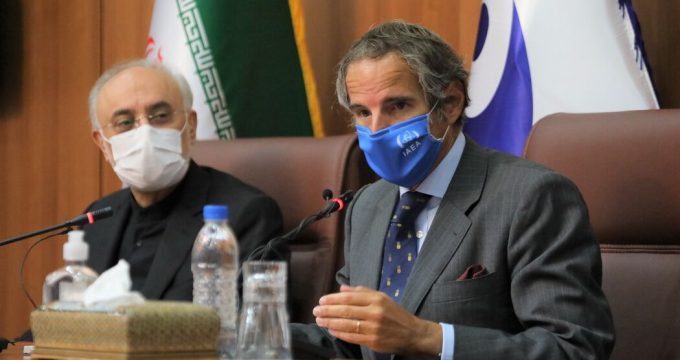 Al-Monitor – The UN nuclear watchdog chief is in Tehran following an IAEA report in June criticizing Iran’s refusal to allow inspection at two of its nuclear sites, where undeclared enrichment has been reported.

International Atomic Energy Agency (IAEA) director-general Rafael Grossi is on a two-day visit to Iran to discuss with Iranian officials a set of “outstanding issues” related to the country’s nuclear program.

In a chain of tweets, Grossi briefly reported on his talks with the Iranian authorities and spoke positively of how Tehran is willing to “further work cooperatively” with the IAEA and on “safeguards verification activities.”

Grossi was referring to the Comprehensive Safeguards Agreement and Additional Protocol, which obliges the Islamic Republic to fully declare its nuclear enrichment activities and offer assurances that the program remains within the constraints of the Nuclear Non-Proliferation Treaty (NPT).