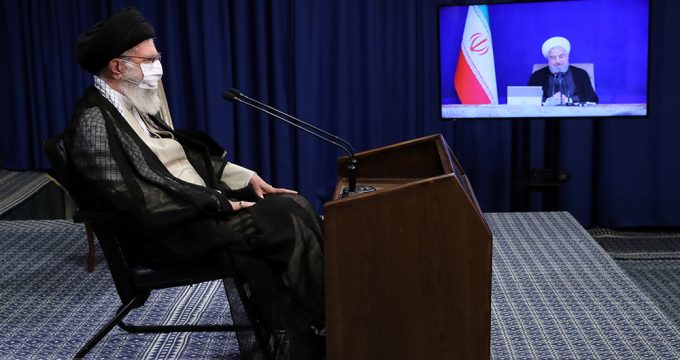 MNA – Leader of the Islamic Revolution Ayatollah Seyyed Ali Khamenei is meeting with President Hassan Rouhani and his cabinet members via video conference.

The meeting is being held on the occasion of the National Government Week, which started today.

Rouhani is set to deliver a report to the Leader on the government’s latest activities.

In late August 1981, a bomb explosion claimed the lives of top officials including the then-president Rajaei and prime minister Bahonar.