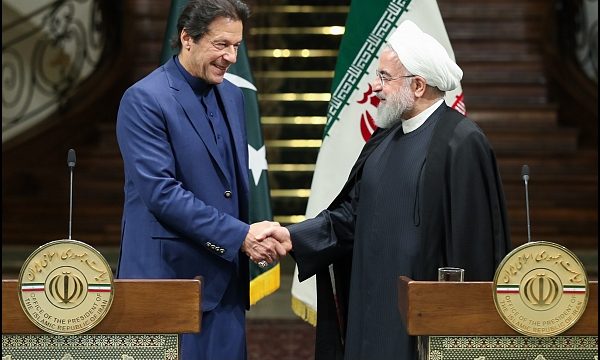 Press TV – Prime Minister Imran Khan says Pakistan’s mediation prevented a military escalation between Iran and Saudi Arabia, and that Islamabad has not stopped efforts to ease the tensions.

In an exclusive interview with Al Jazeera due to be aired on Wednesday, Khan said a military confrontation between the two regional powers would constitute the worst possible scenario for the Middle East.

“Our mediation between Iran and Saudi Arabia has not stopped and we are making progress but slowly,” Khan said.

“We have done our best to avoid a military confrontation between Iran and Saudi Arabia, and our efforts have succeeded,” he added.

Tensions have been running high between Riyadh and Tehran over several regional issues, mainly the deadly war that the Saudi regime and its allies have been waging against Yemen since early 2015.

The tensions reached a peak in mid-September 2019, when Yemeni armed forces launched a series of retaliatory drone and missile raids against Saudi Arabia’s Aramco oil facilities.

Saudi Arabia, the US and their allies accused Iran of being behind the raid, an allegation categorically rejected by Tehran.

Earlier that year, Riyadh and its allies had blamed Tehran for a series of suspicious attacks against oil tankers in the Persian Gulf and the Sea of Oman, without offering any substantial evidence.

In a hostile measure, they also moved to form an anti-Iran naval coalition based on a US proposal under the pretext of “ensuring security” in the Middle East’s strategic water ways.

Tehran rejected those accusations as well, saying the attacks seemed to have been a false flag devised to frame Iran.

As tensions ratcheted up, a number of countries, most notably Iran’s neighbors Pakistan and Iraq, sought to mediate between the two sides.

As part of those efforts, Khan traveled to Iran and Saudi Arabia in October 2019 and held talks with the two countries’ senior officials.

The visit came after The New York Times quoted officials of Iraq and Pakistan as saying that Saudi Crown Prince Mohammed bin Salman had asked the leaders of those two countries to speak with Iranian officials about de-escalation.

Iran has time and again expressed readiness to hold talks with Saudi Arabia — with or without mediation — over regional security and neighborly relations.

Foreign Minister Mohammad Javad Zarif said in October 2019 that Iran would be a companion of Saudi Arabia if the kingdom changed course and pursued regional issues at the negotiating table instead of “killing people.”

Against the backdrop of the tensions, Iran’s President Hassan Rouhani unveiled in September 2019 a peace initiative known as the Hormuz Peace Endeavor (HOPE) at the United Nations, which calls for collective cooperation among the Persian Gulf neighbors to protect regional security without foreign intervention.