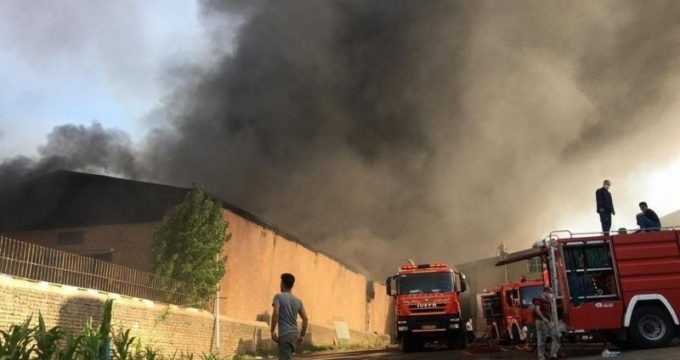 Reuters – A fire broke out at an Iranian industrial area near Tehran on Tuesday, Iran’s state TV reported, the latest in a string of fires and explosions, some of which have hit sensitive sites.

“The fire broke out at the industrial area of the Jajrud district in the Pardis county this morning … there were no casualties … firefighters are trying to contain the fire,” it said.

A fire department official told state TV that the cause of the fire was under investigation.

There have been several other incidents at facilities in the past weeks, including a fire at the underground Natanz nuclear facility last month which caused significant damage, but Iranian officials said operations were not affected.

In an explosion at a medical clinic in the north of the capital Tehran in July, 19 people were killed. Officials said it was caused by a gas leak.

On June 26, an explosion occurred east of Tehran near the Parchin military and weapons development base that the authorities said was caused by a leak in a gas storage facility in an area outside the base.