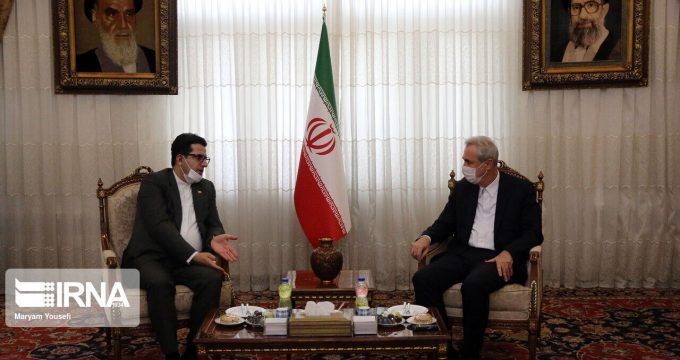 Prior to kicking off his new mission, the ambassador held a meeting with the Governor-general of East Azarbaijan Mohammad Reza Pourmohammadi.

During the meeting, Mousavi stated that the development of economic relations with the neighboring states will have an important role to play in the future of Tehran’s political and diplomatic relations with other countries due to cruel sanctions imposed against Iran.

Border provinces of Iran have a crucial role to this end, he said, adding that East Azarbaijan is of prime importance as the province enjoys the appropriate commercial, economic and industrial infrastructures.

Elsewhere in his remarks, Mousavi outlined the development of cultural, academic, and scientific relations as other priorities of Iran’s diplomacy with Azerbaijan, noting that the exchange of students and holding joint conferences can be effective in the expansion of bilateral relations.

Javad Jahangirzadeh has previously served as Iran’s Ambassador to the Azerbaijan Republic.