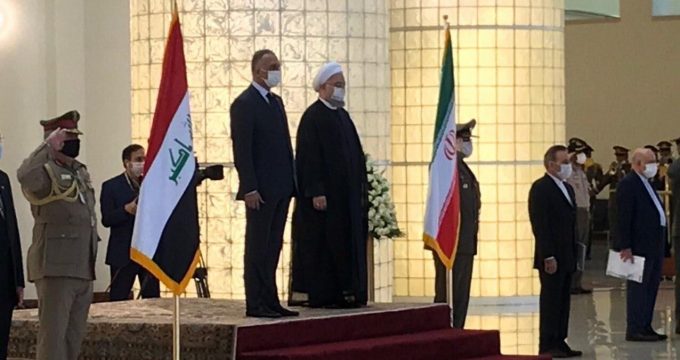 The formal ceremony was held and President Rouhani and the Iraqi PM reviewed the guard of honor and introduced the high-ranking delegations.

Rouhani and Al-Kadhimi started bilateral talks immediately after the ceremony.

Al-Kadhimi, heading a high-profile delegation, arrived in Tehran on Tuesday to confer with senior Iranian officials.

Bilateral talks will be held in the presence of Iranian First Vice President Es’haq Jahangiri and Mustafa Al-Kadhimi.