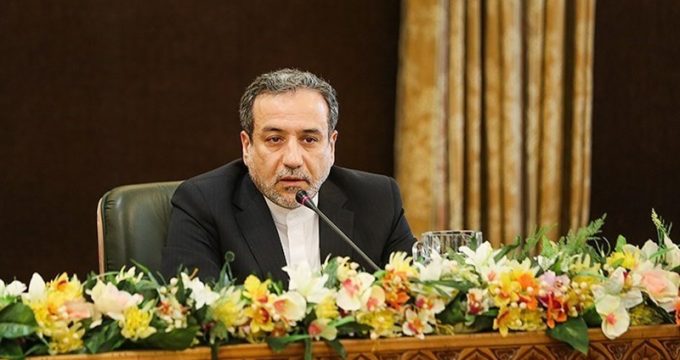 Tasnim – Iranian Deputy Foreign Minister for Political Affairs Abbas Araqchi said Tehran has doubts about Washington’s intentions in a so-called peace deal between the Taliban and the US, calling for intra-Afghan talks with the participation of all political factions.

Iran doubts the US’s intentions for the peace process in Afghanistan for many reasons, and it sees America’s presence in Afghanistan as “dangerous” and that of a “troublemaker” in the region, Araqchi told TOLOnews on Monday.

He added that the focus should be on intra-Afghan negotiations, under the current circumstances.

Elsewhere in the interview, Araqchi rejected reports that the Taliban has an office in Iran.

“As we have had contacts with all groups, we also contacted them (Taliban) and listened to their views and expressed our own views,” the senior diplomat pointed out.

Araqchi visited Kabul on Wednesday. He headed a high-ranking delegation to follow up the agreements reached during a visit by Hanif Atmar, Afghanistan’s acting foreign minister, to Tehran on June 21-22.

Abbas Araqchi, Afghan Peace Process, TOLOnews, US middle east policy July 21, 2020
Iran-India ties ought not be interfered by a third party
Al-Kadhimi to visit Iran with no delays: Iraqi media