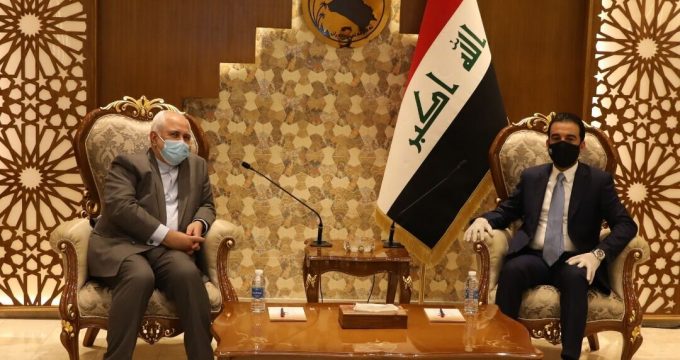 Both sides called for not interfering in the local affairs and conferred on the necessity for the exit of the US troops from Iraq.

The senior officials also explored avenues for boosting parliamentary relations and bolstering ties between the two countries in various economic, commercial, and energy, as well as cultural sectors.

Zarif, heading a high-profile delegation, arrived in the Iraqi capital of Baghdad earlier on Sunday for a one-day visit to the neighboring country and will then depart for Erbil in the Iraqi Kurdistan region.

Earlier on Sunday, the Iranian foreign minister and Iraqi President Barham Salih met to examine the issues of mutual concern.

Meanwhile, he and the chairman of Hashd al-Shaabi, aka Popular Mobilization Units (PMU), Falih al-Fayyadh have met to examine the recent regional developments, as well as issues of mutual interest.