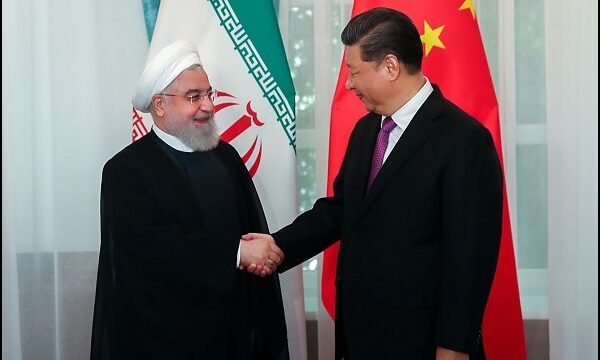 IRNA – Chinese TV said in a report that Iran-China cooperation in the context of 25-year-old draft agreement has posed major challenge to the US unilateralism in the international community.

“The main reason for the controversy is that the deal paints China in a defiant role against the U.S. However, the deal is primarily pragmatic. Iran is one of the largest supplier of oil, and China imports 75 percent of its oil, allowing it to diversify vendors,” CGTN said.

“It has been reported that China and Iran are negotiating a 25-year cooperation agreement named the Sino-Iranian Comprehensive Strategic Partnership. The partnership is thought to be a continuation of the 600 billion U.S. dollar trade deal agreement between the two countries in 2016,” it added.

“The main difference is the crucial military element added to the original agreement to invest in energy sectors and free trade zones. The deal is a product of the unraveling of the Iran nuclear deal and comes amid a diplomatic clash with the US trying to re-impose sanctions on Iran and the European Union, Britain, France and Germany opposing them. It has been considered controversial for being disproportionately advantageous to China, which is a simple-minded view and overlooks many important aspects of the relationship.”

“The Donald Trump administration’s Iran policy has been a metaphor for destruction. Aside from banning Iranians from entering the US, pulling out of the Joint Comprehensive Plan of Action and instating unilateral sanctions, accusing Iran of new missile activity and downing an American drone, the U.S. has also launched cyberattacks and assassinated Qasem Soleimani, head of the Iranian Revolutionary Guards’ Quds Force.”

“China was the largest buyer of Iranian crude oil despite sanctions from the U.S. Apart from their primary commercial purposes, the ports of Hambantota in Sri Lanka, Gwadar in Pakistan combined with ports at Jask and Strait of Hormuz, in the Persian Gulf and the Caspian Sea, would also create refueling stations for the Chinese Navy. Chinese investments will help Iran develop its telecommunication, banking and railway sectors,” Chinese media said.

“The deal offers Iran a chance at development with mutual respect on its own terms without compromising on its national interests. More importantly, it gives Iran the opportunity not to feel helpless against the onslaught of disapproval from the West. China gets to offer countries a way out from American military adventurism and use of force contrary to international laws. China can play a constructive role in safeguarding the peace and security of the Gulf region and promote its BRI.”

In related developments, Head of Iran’s Presidential Office Mahmoud Vaezi said on July 11 that the enemies misportray the issue of Iran-China 25-year plan for comprehensive cooperation to put pressure on the country.

Elaborating on the cooperation plan, the spokesman said Iran in West Asia and China in East are two important countries with traditional cooperation in various areas.

After the travel of Chinese president to Iran, the two were determined to draw a roadmap for strategic cooperation, Mousavi said, adding that the latest draft for the 25-year comprehensive cooperation plan was brought by the Iranian Foreign Minister Mohammad Javad Zarif to China.

Iran has prepared a draft document, it should be sent to the other side to be finalized, then an agreement will be signed according to the drafts, the spokesman noted.