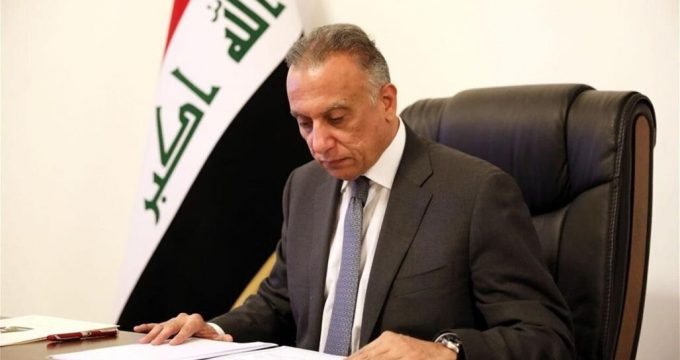 Iraqi PM to visit Iran Tuesday before US trip

Tasnim – Prime Minister of Iraq Mustafa al-Kadhimi will pay a visit to Iran on Tuesday before travelling to the US, an Iraqi media activist said.

Prime Minister Kadhimi will pay a one-day visit to Saudi Arabia before going to Iran, he said.

The Iraqi premier will visit the United States after the trip to Iran, Haidari added.

He also noted that the purpose of the visit is to deescalate tensions between Iran and the West.

In May 2019, Head of Iraq’s Reform and Reconstruction Coalition Seyed Ammar al-Hakim had warned against the repercussions of increased tensions between Iran and the US and said the Baghdad government could mediate between the two sides.