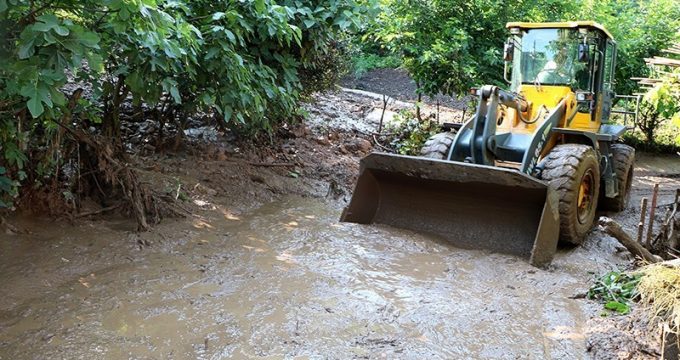 Tasnim – Heavy rainfall caused flooding in dozens of cities and villages in Iran’s northwestern province of Ardebil, forcing many families to leave their homes.

Roads to some 50 villages have been cut near Meshkinshahr, Ardebil Province, due to the heavy rain and flooding. Necessary measures are underway to reopen the roadways to the areas.

Two villagers have gone missing after the flash floods and a search operation is underway.

The Iranian Red Crescent Society has provided the affected people with relief aids. At least 80 families in a village near the city of Khalkhal have been transferred to makeshift housings after being displaced by the flooding.

Rescue teams are trying to reopen the roads and repair damages to the power grid and telecommunication network in the region.