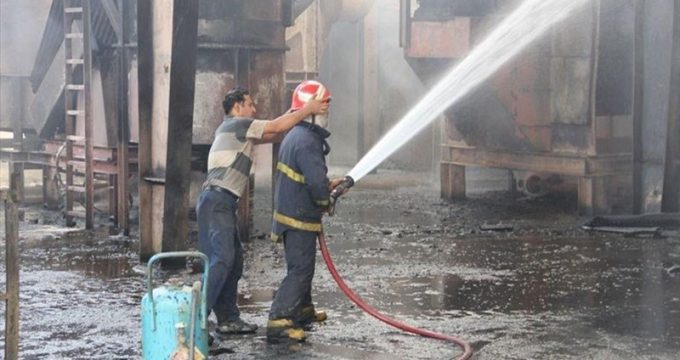 Tasnim – A fire that caused a short halt to production at a major petrochemical plant in southwestern Iran has been fully contained, officials said.

A spokesman for ‘Shahid Tondgooyan’ Petrochemicals said on Sunday that technical problems had caused installations at one of the factories of the sprawling complex to catch fire earlier in the day.

Hamid Kiaei said hot summer weather in the port of Mahshahr, Iran’s main hub of petrochemical industry on the Persian Gulf, was also to blame for the incident.

“Currently, the production of the company is going on without any damage or halt,” Kiaie told the IRIB News.

Other media reports said the fire erupted at the PTA2 unit of the Tondgooyan complex at 17:15 pm local time after separation funnels in the facility were affected by a hot oil leak, Press TV reported.

There was no report about any casualties as a result of the fire. Local authorities in Khuzestan, the Iranian province where many petrochemical and oil production facilities are located, have firmly denied the fires like the one reported on Sunday could be deliberate.

The blaze at Tondgooyan plant came less than a week after a gas leak in Karoon Petrochemical Complex, located in the same region, left some 70 people with injuries caused by inhalation.