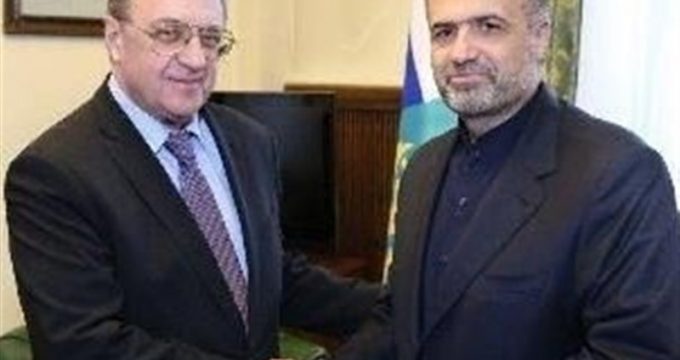 Tasnim – Iran’s Ambassador to Moscow Kazem Jalali and special representative of the Russian president for the Middle East and Africa Mikhail Bogdanov held talks about the latest developments in the region.

In a meeting in Moscow, Jalali and Bogdanov discussed the ongoing developments in the region as well as the bilateral relations between Iran and Russia.

The Iranian envoy and the special representative of Russian President Vladimir Putin also exchanged views on the developments in Syria, Iraq, Libya and Palestine, including the so-called deal of the century initiated by the US and the Israeli regime.

In the meeting, Jalali and Bogdanov stressed the need for continued cooperation and consultations between Iran and Russia over the regional issues, calling for constant contacts and meetings in future.