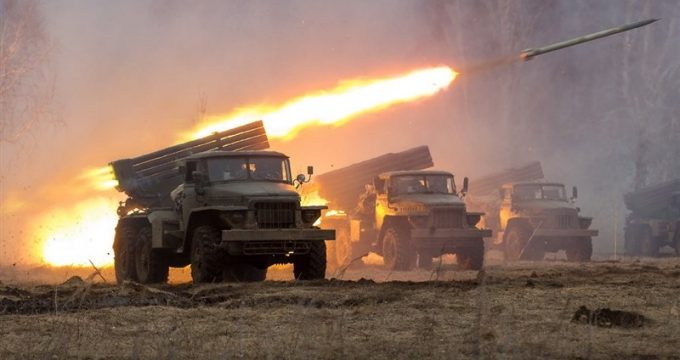 Tasnim – The Islamic Revolution Guards Corps Ground Force has turned a 122mm homegrown rocket into a guided weapon by increasing its accuracy, a commander said.

Speaking to Tasnim, Director of the Research and Self-Sufficiency Jihad Organization of the IRGC Ground Force General Ali Koohestani said the ‘Arash’ 122mm rocket has become a weapon with pinpoint accuracy following the recent tests.

The commander said the IRGC experts have managed to transform Arash into a guided rocket, saying the homegrown rocket has hit the targets with pinpoint accuracy in a series of recent tests on the field.

The Arash 122mm rockets can now hit the targets with an accuracy of 7 meters, he noted, saying the weapon would be mass produced for delivery to the Defense Ministry.

Weighing 64 kilograms, Arash has a range of 22 kilometers and is equipped with a 19 kg warhead with great destructive power that detonates targets within a range of 25 meters.

Before being upgraded, the 122mm rocket was fired with launchers with a pack of 40 rockets to compensate for low accuracy, but the pinpoint accuracy would allow the artillery units to launch a limited number of rockets to destroy a target.

Iran has in recent years made great headways in manufacturing a broad range of military equipment, including air defense systems that use cutting-edge technologies.