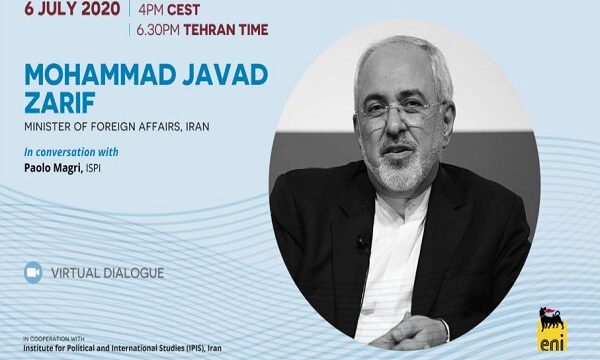 Iran’s coverage: Next US administration must compensate for harms inflicted on Iran: Zarif

Zarif says US must make up for losses inflicted on Iran

Iranian Foreign Minister Mohammad Javad Zarif said no matter who wins the 2020 presidential election in the US, the next American administration must compensate the Islamic Republic for the losses that its predecessor has inflicted on the Iranian people.

A special envoy of the president of Venezuela visited Tehran to express his country’s gratitude to Iran for freighting several consignments of gasoline and supporting the Latin American nation in the struggle with the US imperialism.

Natanz incident to be investigated at Iranian Parliament

Spokesman for the Parliament National Security and Foreign Policy Commission Abolfazl Amouei said that Natanz incident will be investigated at the presence of the Minister of Intelligence.

Two people were killed in an explosion in a factory in the south of Tehran, Iran’s state news agency IRNA reported on Tuesday.

A member of Expediency Council Hojjatoleslam Gholamreza Mesbahi Moghadam said that Moscow and Beijing will voice their opposition to the extension of Iran arms embargo at UN Security Council.

Iran’s Health Ministry spokeswoman Sima Sadat Lari said on Tuesday that some 200 more Iranians have died from coronavirus disease (COVID-19) over the past 24 hours bringing the total deaths to 11,931.

Iran’s ambassador to the United Nations called on the UN to help set up a fact-finding committee to shed light on the fate of four Iranian diplomats abducted in Lebanon some 40 years ago.

Iraq partially reopened its southern Shalamcheh border crossing with Iran on Tuesday after more than three months of closure to combat the spread of the new coronavirus, border officials said.