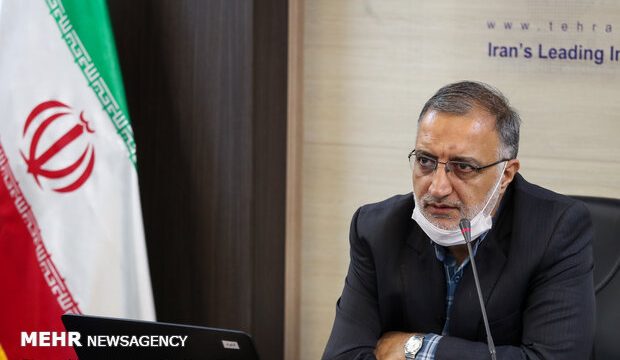 MNA – An Iranian lawmaker strongly rebuked a new resolution passed by the IAEA Board of Governors against Tehran, urging the government to stop implementing the Additional Protocol in response.

“Iran has voluntarily accepted the Additional Protocol, however, under the current circumstances, our national interests entail the halt of the Protocol’s implementation,” Lawmaker Alireza Zakani told Mehr News on Sunday.

“This step is necessary for the government to show a strong response [to the Europeans’ misconduct] and reflect Iranians’ unity against their lack of commitment,” he added.

On June 19, the International Atomic Energy Agency’s Board of Governors adopted a resolution drafted by the UK, France and Germany calling on Iran to grant the IAEA access to two locations amid allegations of undeclared nuclear activities.

In response, Iranian parliamentarians, along with the Foreign Ministry, condemned the new resolution, calling on the government to take appropriate and immediate response to the move.

They released a statement, signed by 240 lawmakers, on June 21, saying, “The Islamic Republic of Iran, as a country that has had the highest level of cooperation and transparency with the IAEA in 50 years of NPT, considers IAEA Board of Governor’s resolution as an excessive demand.”

Appreciating the stance of those countries who have not backed this scandal, lawmakers noted that this non-binding resolution is a sign of a dominating culture that rules over the IAEA.

European countries’ pressure for the ‘so-called preservation’ of the JCPOA shows that they have had an unconstructive view towards the rights of the Iranian people and have assumed the JCPOA as a tool to pursue their own aims, adds the statement.

“The Iranian Parliament calls on the government to stop voluntary implementation of Additional Protocol and change inspections into offline,” the lawmakers urged.

Iran has said the IAEA Board resolutions are not legally binding, stressing that the information obtained via espionage by the Israeli regime which is now the basis of the Agency’s requests is invalid and unverifiable. Iran’s ambassador to the Agency said the adoption of the resolution would neither encourage nor coerce Tehran to grant access.