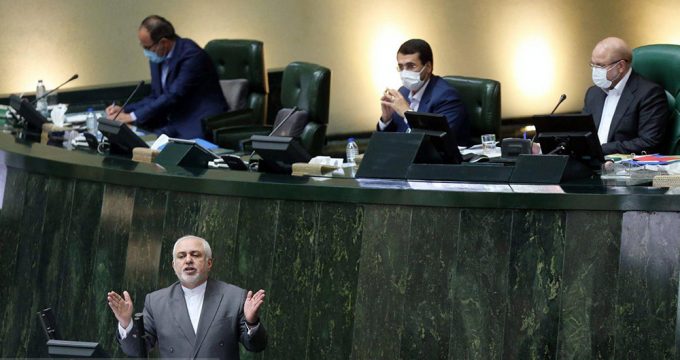 Iran says accord under negotiation with China ‘Not Secret’

AFP – Iran has been negotiating a 25-year accord with China and the terms will be announced once a deal is struck, the foreign minister told a stormy session of parliament Sunday.

“With confidence and conviction, we are negotiating a 25-year strategic accord with China,” Iran’s top trading partner, Mohammad Javad Zarif said.

During the session, Zarif was heckled by lawmakers, largely over his key role in negotiating a 2015 nuclear deal with world powers, which the US unilaterally abandoned in 2018 as a prelude to reimposing biting sanctions.

It was his first address to parliament since a new house started work in late May in the wake of elections that were dominated by conservatives and ultra-conservatives.

Zarif insisted there was “nothing secret” about the prospective China deal.

The nation would be informed “when an accord has been concluded”, he said, adding that the intention had already been made public in January 2016 when President Xi Jinping visited Tehran.

China is also a key market for Iranian crude exports, which have been severely curtailed by the US sanctions.

The 2015 nuclear deal had given the Islamic republic relief from international sanctions in return for limits on its nuclear program, but Iranian conservatives staunchly opposed that multilateral agreement, arguing the US could never be trusted.

But Iran’s supreme leader, Ayatollah Ali Khamenei, has come out publicly in support of a strategic bilateral partnership with China.