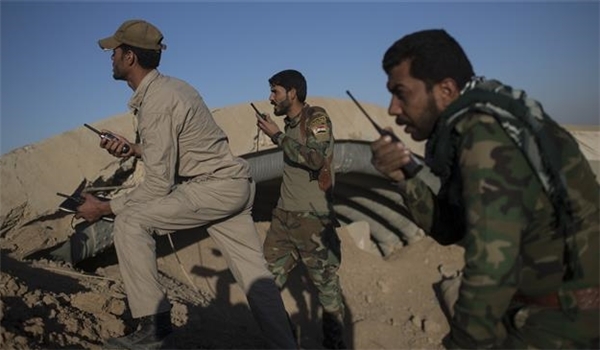 MNA – The recent attack on Iraq’s Hashd al-Sha’abi [Popular Mobilization Unit, PMU] Headquarters was aimed at conducting preparatory operations to assess the availability of conditions for dismantling this group.

The perpetrators of such attack understood that they are unable to fulfill their objectives in this way.

On Friday morning, news hit the headlines of various media outlets in the region and world, in which, Kata’ib Hezbollah in Iraq, as a subdivision of Popular Mobilization Unit [PMU], was targeted. It is said that the attack has been carried out by the US forces and in cooperation with Iraq Counter-Terrorism Forces.

Following the attack, a number of members of Iraq’s Kata’ib Hezbollah were arrested.

The attack on the headquarters of a group, as a subdivision of Hash al-Sha’abi [PMU], provoked several reactions in the political arena of Iraq.

Nasr al-Shammari Deputy Secretary-General of Iraqi Iraq’s al-Nujaba Islamic Resistance Movement reacted to the attack on the headquarters of Hezbollah in Iraq.

In his twitter, he wrote, “Hash al-Sha’abi is the convoy of martyrs and donated their blood along with their comrades in Iraq’s Counter-Terrorism Service [CTS]. We warn against any attempt to attack them and create sedition in these critical and difficult times overshadowing the country as well as the spread of the coronavirus, COVID-19, pandemic in Iraq.”

Jawad al-Talibawi one of the leaders of Iraq’s Asa’ib Ahl al-Haq Resistance Movement in reaction to the recent attack on headquarters of Hezbollah’s battalions in Iraq announced, “we warn against playing with fire.”

Hassan Fadam a representative of the National Wisdom Movement [Hekmat Faction] in Iraqi parliament also announced, “attack on headquarters of Hash al-Sha’abi in Iraq and arrest of a number of these forces was a provocative act and will not have a good consequence. Also, Arab users took to twitter to express their fully support for the Popular Mobilization Union [PMU], by creating special hashtags such as one which reads as “our Mujahideen are our red line.”

In addition, Qais Khazali Secretary-General of Iraq’s Asa’ib Ahl al-Haq called the arrest of a number of Iraqi Popular Mobilization Unit [PMU] by counter-terrorism apparatus and at the best of Iraqi prime minister as a “major chaos”.

Former Iraqi Prime Minister Nouri al-Maliki wrote in a Twitter post that Hashd al-Shaabi is an element of power for the Iraqi nation and country. “We should respect this force and maintain their position,” he said, noting that attacking these forces is not permissible.

He added that Iraq also honors its Counter-Terrorism Service (CTS) forces and their sacrifices for the nation, noting that it is not permissible to attack these and other national security forces. Maliki went on to call for restraint from all sides and resolve problems without resentment and foreign intervention.

In any case, the perpetrators of the recent operation against the popular mobilization resistance group have not been able to achieve the results they sought in the hostile operation on Friday morning. The reason for this is that the popular mobilization forces have become not only a part of the armed forces but also an integral part of the Iraqi community, which also enjoys the great support of the Iraqi Marja.

Therefore, Americans and those who cooperate with them will not be able to put an end to the popularity of the Iraqi forces who win the full-fledged support of Iraqi’s Marja.