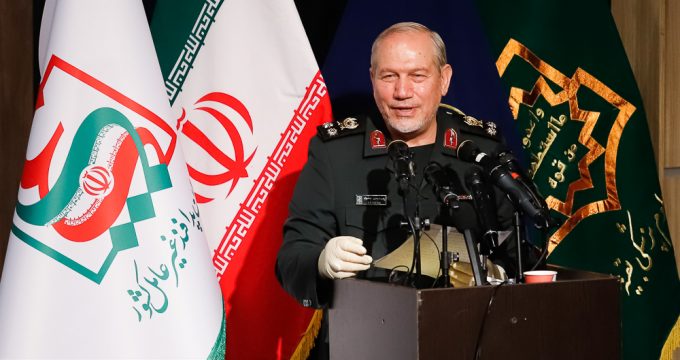 Saddam’s accomplices in chemical attacks against Iran should be sued

MNA – Top military Aide to the Leader of the Islamic Revolution said those who supported the former Iraqi dictator in using chemical weapons against Iran during the eight-year war should be put on trial.

“Saddam committed the gravest crimes against humanity by launching 252 chemical bombardments on the Iranian cities during the eight-year Imposed War [1980-1988],” Major General Yahya Rahim Safavi said on Sunday, on the sidelines of a national conference on passive defense against chemical weapons.

“Those who provided Saddam with chemical weapons during the war and turned a blind eye on his brutalities, are accomplices in his crimes against the Iranian nation and the martyrdom of thousands of Iranian soldiers,” he added.

Major General Safavi stressed, “Saddam’s supporters during the Imposed War should be put on trial in The Hague [International Court of Justice].”

Elsewhere, the senior military commander noted that the Iranian scientists in the defense sector have made considerable progress in the field of chemical elements, as well as other defensive aspects, through the past years, to remove the specter of war from the country.

“We have carried out significant researches and have had breakthroughs in the microbial, biological and chemical fields,” he added.

On June 28, 1987, Saddam Hussein’s regime used the chemical weapons made by Western countries against civilians of Sardasht, northwest of Iran, to make the Islamic Republic the first victim of chemical weapons.

As a result of this war crime, some 130 out of 12,000 people residing in Sardasht lost their lives while more than 8,000 others suffered injuries. Although 33 years have passed since the attack, people are still suffering from its consequences.

The chemicals, provided by Western states, had a long-term chronic effect, especially on children for years to come.

Germany, Italy, the UK, the US, the Netherlands, and several other countries provided the Iraqi dictator with the equipment and material to build chemical weapons apparently because they didn’t want Iran to be the winner of the eight-year war.

What adds insult to the injury of those residing in the region is the fact that the international communities, even the United Nations, never condemned this heinous crime against humanity.

June 28 has been designated as the International Day of Countering the Convention Prohibiting Chemical Weapons.