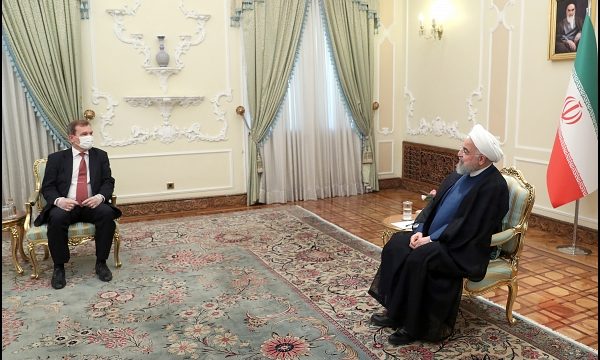 Iranian President hopes for further expansion of relations with Hungary

FNA – Iranian President Hassan Rouhani said that his country is eager to further boost cooperation and deepen ties with Hungary, specially in economic and commercial fields.

Relations between the two nations have always been good, President Rouhani said, expressing the hope to witness further expansion of relations in the future.

The commercial and economic companies in both states should be encouraged in order to develop economic relations, he noted.

Relations between Iran and Hungary have enjoyed a very long history and the two countries have had good political, economic, cultural and scientific ties after the Islamic Revolution.

Submitting a copy of his credentials to the Hungarian president, Arefi expressed the hope for forging relations between the two countries during his mission to the European country.

He also noted that the support of the Hungarian government and president would be very effective in accomplishing these steps.