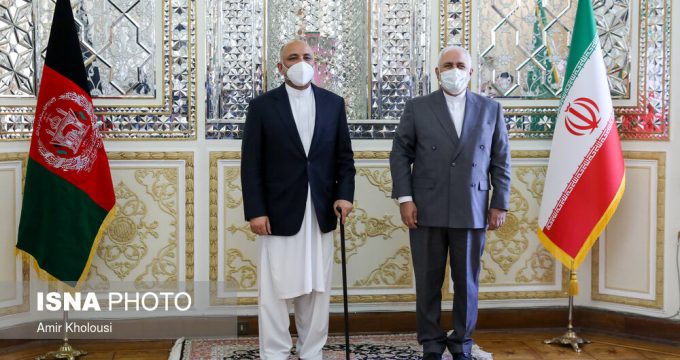 AFP – Afghanistan’s interim foreign minister met with his Iranian counterpart on Sunday in Tehran as tensions persist between the two neighbors after the deaths in May of Afghan migrants at the border.

The visit follows controversy over the deaths in May of several Afghan migrants who were allegedly forced into a river by Iranian border guards and drowned.

Afghan officials claim the migrants died while they were illegally crossing into neighboring Iran from Herat province.

Eighteen bodies, some bearing signs of torture and beatings, were recovered from the Harirud river, while other migrants were reported missing, in an incident that sparked anger and protests in Afghanistan.

One Afghan official said 55 migrants were forced into the river.

Iranian authorities have dismissed the claims, saying the incident occurred inside Afghanistan’s territory.

Afghan President Ashraf Ghani ordered an investigation into the drownings, a move welcomed by the United States, at a time of heightened tensions between Washington and Tehran.

The meeting also comes after an incident earlier this month in the central Iranian city of Yazd in which three Afghans died and several others were injured after a car chase with police, Iranian media reported.

According to one Iranian official, the driver of the vehicle “defied police instructions and failed to stop at a checkpoint”.

According to UN refugee agency UNHCR, around 3.5 million Afghans, including almost a million refugees, live in Iran.

Tens of thousands returned to Afghanistan after the start of the novel coronavirus outbreak, but as restrictions have eased in hard-hit Iran, many are again seeking work there.