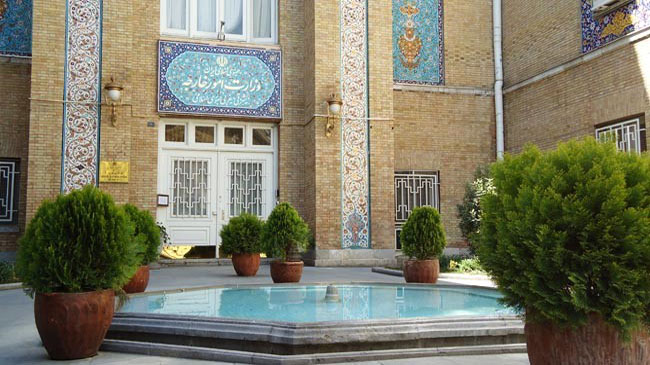 MNA – Afghanistan’s Ambassador to Tehran Abdolghafor Lival was summoned to the Iranian ministry of foreign affairs on Saturday morning over the recent anti-Iranian measures taken by some specific groups in Afghanistan.

As reported, some specific movements are taken in Afghanistan by particular political currents, with anti-Iranian background, seeking to disturb Iran-Afghanistan adjacency.

The measures, including insulting Iranian diplomats and embassy in Afghanistan, have been taken following some recent incidents that happened to Afghan nationals who were trying to illegally enter Iran in Harirud region and the Iranian province of Yazd.

In this meeting, the Iranian Assistant Minister for West Asia at the Ministry of Foreign affairs of the Islamic Republic of Iran, Seyed Rasoul Mousavi, expressed deep concern about the impacts of this group on Iran-Afghhnaistan ties.

The Afghan Ministry of Foreign Affairs announced on June 11 that a delegation will be dispatched from Kabul to Tehran to investigate the recent incidents for Afghan citizens and the prevention of illegal traffic.

Following the car crash of Afghan nationals in Yazd Province, Afghan Ambassador to Tehran Abdolghafor Lival held a meeting with the officials of the province last week and noted, “We believe that human traffickers and the driver are responsible for this incident.”

He further maintained that bilateral relations are significant for Afghanistan and appreciated the Islamic Republic of Iran for hosting Afghan refugees.

Also, on May 1, some claims surfaced in media reports that Iranian border guards had tortured and thrown as many as 57 Afghans into the Hari River (Harirud) in western Herat province to prevent their illegal entry into Iran. The Khaama Press News Agency said at least 23 of them drowned in Harirud.

Tehran has roundly rejected the claims, saying the incident took place on the Afghan side of the border and Iranian forces had no role in the incident.

Iran has extensive evidence that the incident has not happened on its borders. According to Iran’s Foreign Ministry Spokesman Seyyed Abbas Mousavi, the confirmed reports received from the border guards of the Islamic Republic of Iran show that such an incident has not occurred on the mentioned date and location. He noted that Iran has not been associated with Afghan migrants and the claims of transferring people to camps or inhumane treatment are completely baseless. He added that due to weather conditions of the region, not a single Afghan citizen entered the territory of the Islamic Republic of Iran on that date.