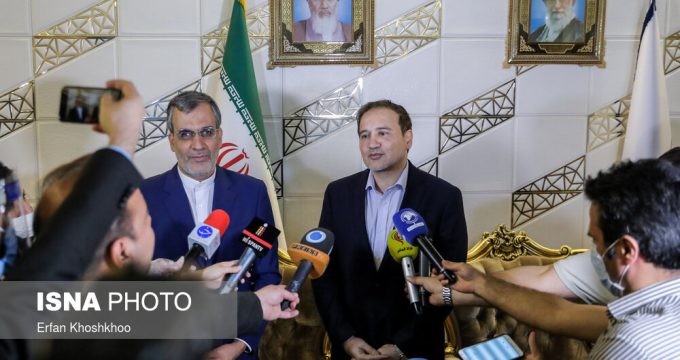 Iran seriously follows up its nationals’ release detained by US pressure

IRNA – Iran is frankly trying to close the case of Iranian nationals who have been involved in files opened by the United States within the framework of its maximum pressure policy against Iran, an official said on Monday.

Deputy foreign minister for consular and Iranian expatriates’ affairs, Hossein Jaberi Ansari made the remarks while speaking to reporters at a ceremony held on the occasion of the release of Iranian national Majid Taheri.

He said that the Foreign Ministry and the government in Iran are working on the issue.

At the ceremony, Jaberi Ansari expressed happiness on Taheri’s return who was freed after months of efforts taken by the Foreign Ministry in close coordination with different national bodies and with the cooperation of the Swiss government.

Swiss Embassy in Tehran represents US interests in Iran.

Another acquitted Iranian scientist Sirous Asgari had also come back home a few days ago, the official said censuring the US for its unilateral and unjust sanctions which made some Iranian nationals be exposed to baseless allegations.

Now, the duty of the Iranian Foreign Ministry is to follow up the case of its nationals who did nothing wrong but serving their nation’s scientific and medical interests.

Majid Taheri who had been accused of violating US unilateral sanctions and imprisoned in the United States from 16 months ago returned home early on Monday.

Taheri was extradited after the release of an American national Michael White imprisoned in Iran due to security crimes and private complaints made by some individuals.