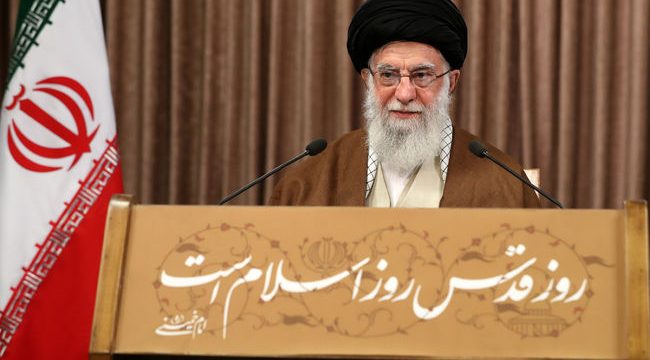 For the past four decades, on the last Friday of Ramadan, supporters of Iran’s government have marched to denounce Israel. They burn Israel’s flag. They mock effigies of the leaders of Israel and of its patron, the United States. They chant pledges to liberate Jerusalem, or Quds, as the city is known in Arabic.

But the coronavirus pandemic forced Iran to cancel its annual Quds Day parade on Friday. Instead, Iran’s supreme leader, Ayatollah Ali Khamenei, delivered a televised speech, compensating in rhetoric for the silence in the streets.

Mr. Khamenei, reading from a prepared script, compared Israel to a “cancerous tumor in the region” that must be removed and to the coronavirus as “a reality that all wise people consider it mandatory to fight.”

“The State of Israel faces great challenges in a variety of arenas,” Israel’s defense minister, Benny Gantz, posted on Facebook. “ Ayatollah Khamenei’s statement that Israel is a ‘cancerous growth’ demonstrates that better than anything.”

Secretary of State Mike Pompeo wrote on Twitter that the comments were “disgusting and hateful anti-Semitic remarks” that did not represent the general view of Iranians. Mr. Pompeo also sharply criticized a cartoon from the office of Mr. Khamenei that was circulating on social media, saying the leader was “echoing Hitler’s call for genocide.” 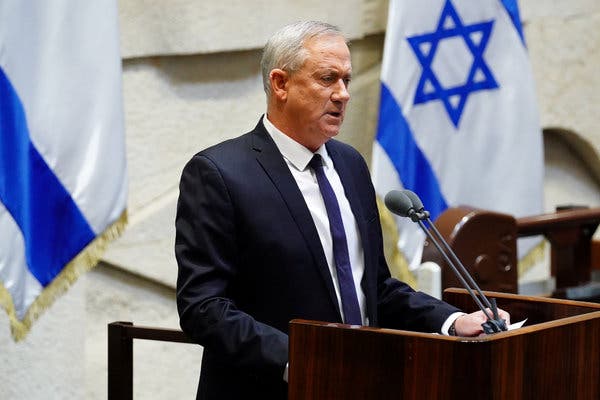 The cartoon depicted Jerusalem with the flags of Iran and the Palestinian state flying above the golden Dome of the Rock, a revered religious site in Islam, and invoking the phrase “final solution” which is associated with the Nazi campaign to eradicate Jews.

Mr. Khamenei denied that Iran’s stand toward Israel was anti-Semitic.

Since its inception in 1979, the Islamic Republic of Iran’s state policy has been to dispute Israel’s right to exist as an independent nation. It has funded, armed and cultivated close ties with armed Palestinian groups from the Palestine Liberation Organization and its former leader, Yasir Arafat, who died in 2004, to Hamas and Palestinian Islamic Jihad and their leaders.

A common thread in Friday’s speeches, from Iran to Lebanon to Gaza, highlighted the importance of the most significant Iranian general, Maj. Gen. Qassim Suleimani, to the regional battle to defeat Israel. General Suleimani was commander of the Quds Force until he was killed in a U.S. airstrike in Baghdad in January.

The general’s official Twitter account released a video of Ziyad al-Nakhalah, the chief of Palestinian Islamic Jihad, in which he revealed that General Suleimani personally organized and supervised the delivery of weapons to the Gaza Strip. He said the general had traveled to several countries to secure the weapons for delivery to Palestinians.

Iran also organized an online Quds Day event through a website where participants waved flags of Palestine, held photos of General Suleimani and donned kaffiyehs, the checkered head scarf that is the hallmark of Palestinian fighters.