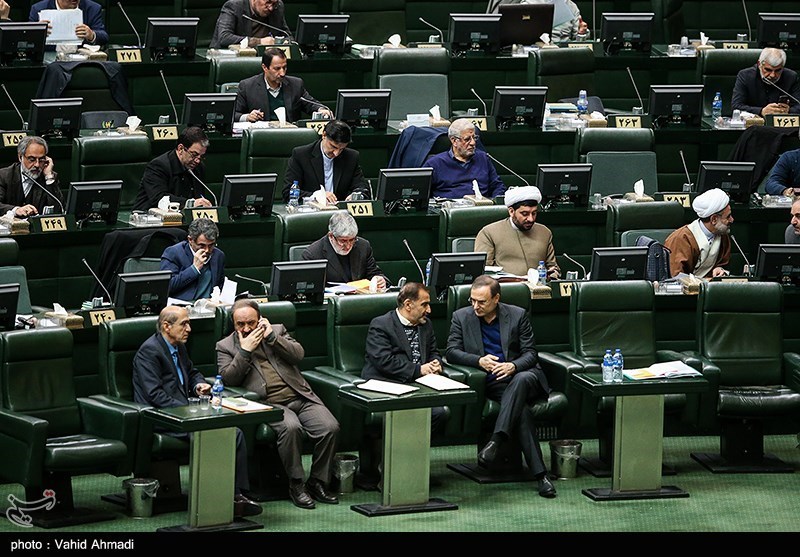 Tasnim – Iran’s lawmakers ratified a bill on Monday to counter the hostile measures of the Zionist regime of Israel.

In an open session of the Parliament on Monday morning, the Iranian MPs passed the motion against the Zionist regime’s hostile activities by a unanimous vote.

By ratifying the bill, the lawmakers agreed on the formation of a virtual Iranian Embassy in Palestine.

The new law also bans the use of hardware manufactured by the Zionist regime, bans the activities of software platforms owned by the Israeli regime, and bars all natural and legal persons, organizations and companies affiliated with the Zionist regime from attending Iranian exhibitions and gatherings.

The new law also defines the punishment for cooperation with Israeli-linked institutions, and stipulates that travelling to the occupied territories by Iranian nationals will carry imprisonment and passport deprivation up to 5 years.

The Parliament also assigned the Iranian Prosecutor General to lodge a complaint against the Zionist regime’s leaders in international tribunals for a whole host of crimes, such as their crimes against humanity, war crimes, genocide, acts of aggression, and terrorist activities inside and outside the occupied territories.

The Iranian lawmakers also determined the punishment for espionage for the Israeli regime, tasked the Foreign Ministry to pursue plans for the political initiative on holding a national referendum in the Palestinian territories, and defined the duties of all Iranian organizations to reveal the anti-human nature of the Zionist regime.