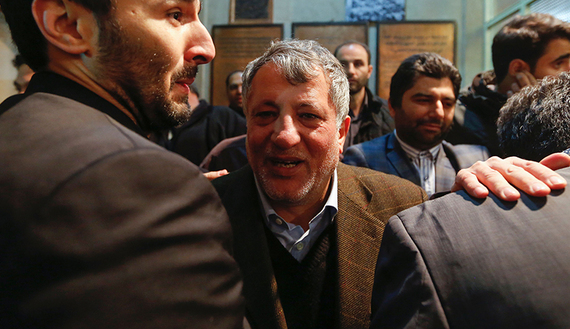 IRNA – The Chairman of the Islamic City Council of Tehran in a message to his counterparts in 25 metropolis cities throughout the world urged them to defend the legal rights of Iranian citizens against the US brutal sanctions enabling Iran to cope with the coronavirus humanitarian crisis.

Mohsen Hashemi Rafsanjani asked presidents of urban parliaments to use all their “legal power and capacity” in negotiations with the parliament and the national government and defend the legal rights of Iranian citizens.

Hashemi Rafsanjani wrote in part of his message, “While the world’s difficult experience in dealing with the COVID-19 virus has shown that without global cooperation, no country can cope with this complex and destructive virus, unilateral sanctions against the Iranian government have made it impossible for the Iranian people to cooperate with the international community. In other words, the sanctions have effectively severed ties and made it impossible for the 80 million-strong nation to use international cooperation.”

He added that the sanctions imposed as of 2018, while being inconsistent with Security Council Resolution 2231 and in contravention with the provisions of the UN Charter and International Human Rights Law, violate the October 3, 2018 provisional measures adopted by the International Court of Justice, which found the Iran sanctions illegal. The sanctions are aimed at restoring widespread and complex restrictions in various areas, including financial, banking, transportation, shipping and insurance sectors, making it impossible for Iran to trade with the rest of the world.

He said as a result of these sanctions and the fear of international companies from establishing any financial and trade relations with Iran, which may lead to severe financial sanctions against them, Iran’s banking and financial transactions face widespread challenges and also purchase of drugs and medical items by Iran has faced with many problems and become almost impossible.

The Tehran City Council chairman further stated that sanctions imposed on pharmaceuticals and medicines from the beginning have resulted in the deaths of hundreds of Iranian citizens with cancer, butterfly disease, and more.

For this reason, although Iranian medical staff has high capabilities and global credibility and is serving the patients with all their power, dealing with coronavirus has faced many challenges in terms of shortages of pharmaceutical and medical items such as sanitary disinfectants and respirators, he noted.

He said, “As global confrontation with pervasive viruses is not possible without the participation of all countries, we have already seen widespread global cooperation in the face of diseases with much less pervasive effects, such as SARS.”

“As you well know, government and parliamentary officials in various continents, including some members of the US House of Representatives, high-ranking officials of the global human rights and health organizations, as well as the Secretary-General of the United Nations, have stressed that the failure to import medical supplies required in confronting the corona virus due to the sanctions could deprive Iranian citizens of their broad access to health care which is enshrined in the Universal Declaration of Human Rights and the International Covenant on Economic, Social, and Cultural Rights as the fundamental rights of all human beings. Meantime, endangering the lives and health of millions of Iranians is crime against humanity.

“Also, given the close ties between the two countries, the continuation of heavy sanctions and the closure of economic avenues may even disrupt Iran’s compliance with its obligations under the World Health Organization (WHO) and the International Health Regulations (ERR. 2005).”

#ENDCOVIDSANCTIONS, coronavirus in Iran, Mohsen Hashemi Rafsanjani May 16, 2020
Official: 35 more Iranians die from COVID-19 over past 24 hours
‘US sends 4 warships to Caribbean for possible encounter with Iran tankers’