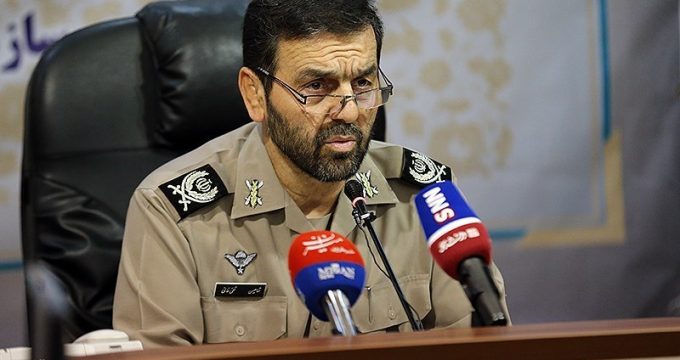 Tasnim – The Iranian Army’s spokesperson categorically denied a rumor that the Navy’s Konarak vessel has been shot by the Islamic Revolution Guards Corps (IRGC).

In remarks on Wednesday, General Shahin Taqikhani dismissed the media speculation about the recent fatal accident involving the Navy’s Konarak vessel in the southern waters of Iran.

He also denied the false and malicious rumor that the doomed military vessel has been shot by IRGC boats.

The spokesman lashed out at some hostile media for spreading such wild rumors, saying the adversaries are making every effort to foment discord among the Iranian Armed Forces.

“All dimensions of this incident are being investigated and meticulous expert teams are looking into it,” he added.

Nineteen Navy servicemen were martyred and 15 others injured in the accident on Sunday evening, May 10, when a number of vessels were carrying a naval training exercise off the coasts of Jask and Chabahar in the Sea of Oman.

In a message to the Army chief on Tuesday, Leader of the Islamic Revolution Ayatollah Seyed Ali Khamenei ordered the Army to launch an inquiry into the accident, shed light on the dimensions of the incident, identify the ones possibly at fault, and make the necessary arrangements to prevent a recurrence of such tragic incidents.

Army Commander Major General Abdolrahim Mousavi says four teams of experts from the General Staff of the Armed Forces, the Defense Ministry, the Army and the Navy have been dispatched to the scene of the fatal accident to investigate the case.