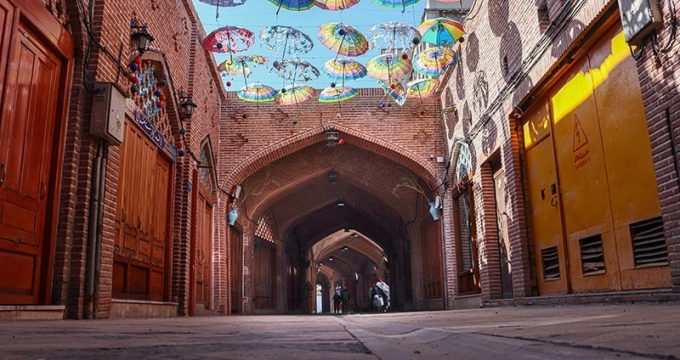 Bourse and Bazaar | Saheb Sadeghi: As businesses resume their activities in Iran at the behest of President Hassan Rouhani, many experts have criticized the government’s decision and warned of a second wave of the coronavirus outbreak. Some even have accused Rouhani of favoring the economy over the health of the people.

According to the latest official figures, there are more than 95,000 confirmed coronavirus cases in Iran, and the death toll has exceeded 6,000.

On April 22, Rouhani described the reopening of businesses as “a necessity for the country.”

To understand the reasons behind Rouhani’s risky and possibly dangerous decision, one needs to look back at the Iranian economy’s condition before the coronavirus outbreak. Iran’s economic growth rate was negative 7 percent. Stagflation had put the economy into a serious crisis.

After the United States’ 2018 withdrawal from the nuclear deal and reimposition of sanctions, Iran’s foreign trade and oil exports declined dramatically—and political tensions with Gulf neighbors spiked as the United States deepened the crisis.

In the meantime, the International Monetary Fund had predicted that Iran’s economy would shrink 9.5 percent last year, and according to the Central Bank of Iran, the annual inflation rate reached 41 percent, the highest level in 25 years. The number of unemployed people had already reached about 3 million before the coronavirus crisis, and some estimates would suggest the number to be even higher.

Then came the coronavirus outbreak. After the government’s decision to shut down businesses, at least half of Iran’s economy, which is dominated by service sector jobs, was seriously affected. The living conditions and welfare of an estimated 7.3 million people became precarious as millions lost their jobs and others had their wages or hours cut.

The shutdown came at a time when many businesses were expecting almost 50 percent of their annual income during the last two months of the Iranian year before Nowruz, the Persian New Year, at the end of March.

Every year during the last Iranian month of Esfand (beginning in February and ending in March) and before the New Year people usually do most of their shopping. Esfand is followed by the first month of the year, Farvardin (March 20-April 19), which is generally a month of holidays and tourism. During Farvardin, many businesses—including restaurants, travel agencies, and hotels—tend to witness a boom, but this year their revenues reportedly fell by more than 90 percent.

Estimates suggest that Iran’s GDP has now decreased by about 15 percent as a result of the disruption to businesses, and that the economy will shrink further compared to last year. Businesses have reduced their activities as well as their workforce, and statistics show that about 36,000 people are applying for unemployment insurance each day.

Although the increase in the unemployment rolls caused by coronavirus outbreak has not been officially announced yet, some estimates indicate that 1 million Iranians have lost their jobs during the crisis, while other figures put the number at 2 million.

Under such circumstances, government support could have eased the pain, but extending a safety net was not an option in Iran. While income support measures were introduced all over the world to deal with the economic consequences of the coronavirus outbreak, Rouhani’s government could not afford to assist affected businesses due to a lack of financial resources, largely because U.S. sanctions have denied Iran access to its assets and money held in foreign banks.

The financial assistance amount that Rouhani has so far promised to support affected businesses is 100 trillion tomans ($6.25 billion), most of which is supposed to be paid to businesses in the form of loans. (One toman is equivalent to ten rials. Although the rial is the official currency, Iranians use the toman in everyday life.)

According to the Iranian economist Mohammad Hashem Botshekan, this economic package was more like a monetary policy than an economic stimulus; if the government were seriously considering an economic survival package, it would need to give interest-free loans to businesses, and it would provide free economic assistance to the people. Furthermore, the amount spent by the government compared to the volume of Iran’s GDP was insignificant.

Rouhani’s government also announced that it would give a 1 million-toman loan (about $62) to low-income families—an interest-free loan that would be repaid in 24 monthly installments, sparking widespread criticisms. This amount is equivalent to half of the minimum monthly salary of a laborer in Iran and would not do much to help people with their economic hardships.

But the Rouhani government’s revenues have shrunk dramatically. Since the coronavirus pandemic began, demand for oil has declined, pushing prices down. Moreover, another source of revenue for the Iranian government—taxes—has been seriously eroded due to the closure of businesses. Indeed, the government has stopped collecting taxes from some businesses that have been financially damaged as a result of the coronavirus pandemic—but it is the government that will decide which businesses receive a three-month deferment of tax payment.

In the end, Rouhani had only two options: Either he could go on with the shutdown of businesses and government bodies until the virus is brought under control and the medical and health system of the country is restored to normal, or, due to the dire economic situation, he could allow the businesses and government offices to resume their activities.

He opted for the latter and reopened the markets and government offices on April 11, a decision that sparked a great deal of criticism from medical experts as well as some high-ranking government officials such as the head of the judiciary, who criticized the government for prioritizing the economy over the health of the people.

Rouhani ordered almost all economic sectors, including financial markets and shopping centers to fully resume their activities. Some high-risk businesses such as sports clubs, big restaurants, and cinemas are not still allowed to reopen. Even now, several weeks after the decision was implemented, Iranian health officials are still declaring their opposition to it.

Since the reopening of businesses and government bodies, social distancing measures in Iran have not been observed; in a matter of few days, people began to act as if the coronavirus crisis was over and life had returned to normal.

Although the pace of coronavirus-related deaths has decreased recently, more than 1,200 new cases and about 100 deaths from the virus are still being reported each day. According to health officials in some cities, such as Tehran, the number of people infected with the coronavirus is increasing. Many doctors and officials in Iran’s health sector are scared, saying that the government’s decision to lift social distancing restrictions may soon lead to a second wave of infections.

Indeed, a resurgence of the pandemic could have a much more devastating impact. The illness and death of tens of thousands of people in a second wave would force businesses to close once again, and the Iranian health care system would come under immense pressure. Under such circumstances, the government would barely be able to keep the economy alive and stable. The government’s revenues would further shrink, and it would probably not be able to support poor and low-income families. In such a situation, millions of people could lose their jobs and a greater economic recession might put Iran’s economy at risk of collapse.

While Rouhani’s move could lead to a new outbreak with all the devastating consequences it brings, his unpopular decision has, for now, saved the economy from further deterioration and possible protests.

Rouhani’s decision was based on the view that Iran has passed through the first major wave of the coronavirus outbreak and that continuing curbs on economic activity are no longer justifiable. According to this view, an ongoing economic lockdown would have dangerous consequences for the country. The unemployment rate would rise sharply, many businesses would go bankrupt, and social unrest could follow.

While Rouhani is well aware that there is a risk of a second wave, the country cannot keep the lockdown in place for another month or two because the government cannot make up for the losses suffered by businesses, as wealthier governments in Europe and North America have done. That is why he is insisting on bringing the economy and society back to normal as soon as possible.

The country has yet to leave behind last November’s public protests against the substantial increase in the prices of gasoline, fear of reemergence of public protests and riots was evident in a letter sent to Rouhani by 50 economists on April 3. They cautioned him that the economic consequences of the coronavirus crisis could lead to unrest in the second half of the Persian Year 1399, which has just begun, and that the next year, 1400, would be a year of crisis.

Saheb Sadeghi is a columnist and foreign-policy analyst on Iran and the Middle East.