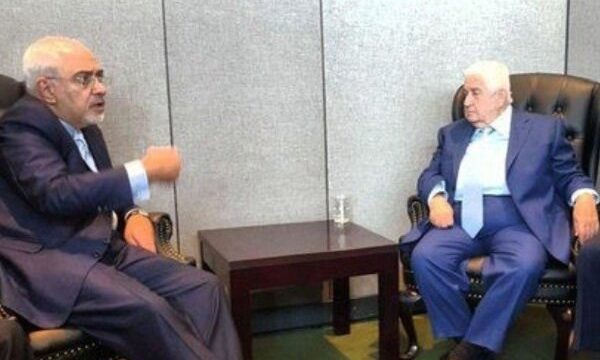 During the meeting, the Foreign Ministers of Iran and Syria discussed the latest developments in Syria, the political process, the fight against terrorism and regional issues.

During the one-day visit, Zarif also met and held talks with Syrian President Bashar al-Assad on bilateral relations, regional developments and Syria’s political developments in the fight against terrorism.

The last time the top Iranian diplomat visited the Arab country was in April last year.