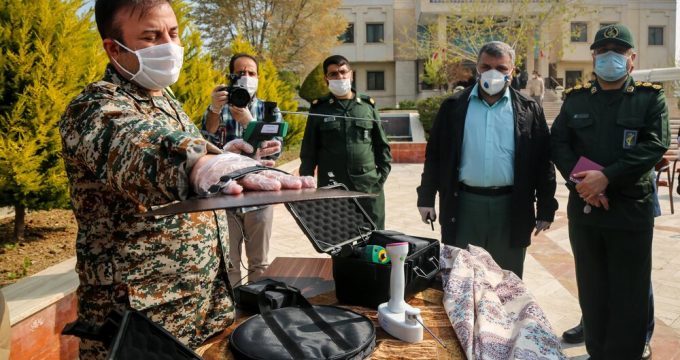 Iran’s IRGC doubles down on claims of coronavirus detection machine

Al-Monitor – The Islamic Revolutionary Guard Corps (IRGC) claims it has invented a device that can detect a person infected with the coronavirus from 100 meters away. Yet, after receiving criticism on the device’s functionality, the IRGC doubled down on the device, insisting that it works.

The IRGC commander, Gen. Hossein Salami, told Tasnim News Agency that dozens of countries have contacted Iran about the machine, but it “would not be shared with the Americans until all sanctions are removed.”

IRGC spokesman Ramazan Sharif said, “Soon, the production process, technical features and capabilities” of the device will be shared with the media and experts. In response to the international criticism and mockery of the device, Sharif said that “Iranians take more pride and honor in causing the shock and anger of enemies and those who want ill for us.”