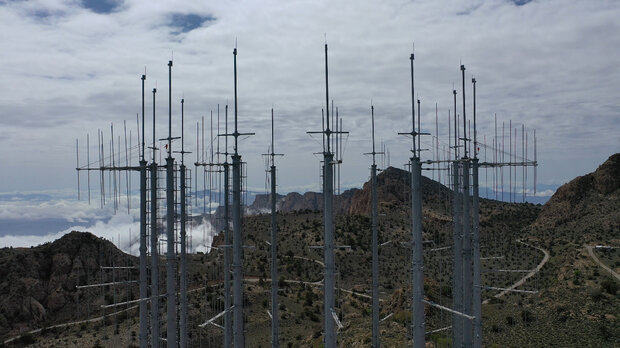 MNA – The two radar systems will boost the Iranian air defense ability to guard the sky against enemies’ threats.

‘Khalij Fars’ is a strategic radar that has a range of over 800 kilometers. The high-tech 3D phased array radar can identify all conventional and stealth targets as well as ballistic missiles.

‘Moragheb’ is also a state-of-the-art 3D phased array radar with a range of 400 kilometers that can detect flying targets with high accuracy. Also, it is able to identify small flying objects and UAVs in low altitude. The system has been developed based on domestic knowledge in the Army’s Air Defense with the cooperation of knowledge-based companies.

The unveiling comes on the occasion of the National Army Day on April 17.

On Saturday, Army’s Air Force and Air Defense received a large number of advanced combat and surveillance drones from the Ministry of Defense to strengthen the country’s security.