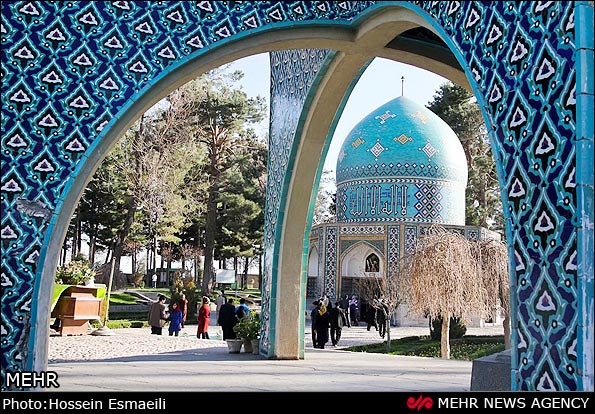 MNA – April 13 is considered a significant cultural event for Iranians to commemorate the great Persian poet, mystic, and philosopher Attar of Nishapur.

Abu Hamid bin Abu Bakr Ibrahim, also known as Farid ud-Din was born in the city of Nishpur (Neyshabur) located in the north-east of Iran. It is believed that he lived between c. 1145 – c. 1221.

Attar means ‘apothecary’ and this nickname was given to him due to his profession. He was probably the son of a prosperous chemist, receiving an excellent education in various fields. He practiced the profession of pharmacy. The people he helped in the pharmacy used to confide their troubles in `Attar and this affected him deeply.

Attar is one of the most famous mystic poets of Iran. His works were the inspiration of Rumi, Hafiz, Jami, Nava’i and many other mystic poets.

Considered by Rumi to be “the master” of mystic poetry, Attar is best known for ‘The Conference of the Birds’, a magnificent allegorical tale about the soul’s search for meaning. He recounts the perilous journey of the world’s birds to the faraway peaks of Mount Qaf in search of the mysterious Simorgh, their king. Attar’s beguiling anecdotes and humor intermingle the sublime with the mundane, the spiritual with the worldly, while his poem models the soul’s escape from the mind’s rational embrace.

At the age of 78, Attar died a violent death in the massacre which the Mongols inflicted on Nishapur in April 1221. Today, his mausoleum is located in Nishapur. It was built by Ali-Shir Nava’i in the 16th century.

Every year, a number of literati and scholars gathered at the mausoleum of the Persian poet Attar of Nishapur to mark Attar National Day, which was on April 13.

Here are some lines from his poem “The Conference of the Birds”, translated by Sholeh Wolpé:

“The home we seek is in eternity;

The Truth we seek is like a shoreless sea,

Of which your paradise is but a drop.

This ocean can be yours; why should you stop

Beguiled by dreams of evanescent dew?

The secrets of the sun are yours, but you

Turn to what truly lives, reject what seems —

Which matters more, the body or the soul?

Be whole: desire and journey to the Whole.”