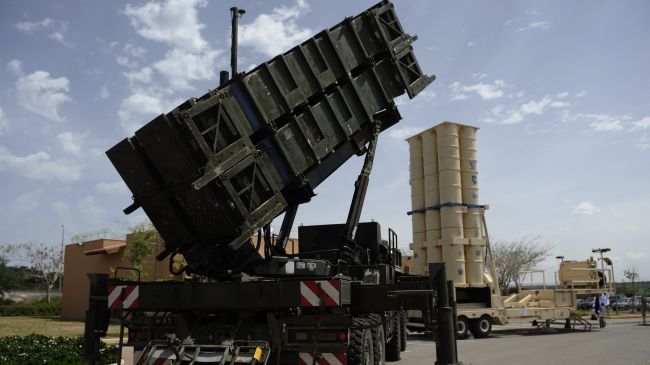 Sputnik News – Washington’s assassination of a senior Iranian commander in Baghdad in January prompted Iraqi authorities to demand the immediate remove of US forces from the country. America has gradually reducing its troop presence in the Middle Eastern nation in recent months, but has dragged its feet on making any commitment to complete withdrawal.

The US has beefed up its military presence in Iraq, deploying Patriot missile systems at the al-Asad Air Base in al Anbar governorate, and Erbil Airbase in Iraqi Kurdistan, officials speaking to the Associated Press have said.

The bases were struck by over a dozen Iranian missiles on January 8, 2020, causing traumatic brain injuries among 110 US troops, with Iran describing the strikes as retaliation to the January 3 drone strike assassination of Revolutionary Guard Corps commander Qasem Soleimani at Baghdad’s airport.

The officials did not elaborate the missile systems’ point of origin, nor any operational details. They did reveal however that a short-range rocket defence system was also installed at Camp Taji, a US military installation situated about 25 km north of Baghdad. That camp and other US facilities including the Green Zone Embassy compound area in Baghdad have come under repeated rocket attacks in recent months by Iraqi militias seeking to avenge Soleimani’s killing.
Joint Chiefs of Staff Chairman Gen. Mark Milley confirmed Thursday that hundreds of troops from the 1st Brigade of the 82nd Airborne Division would remain in Iraq due to the threat posed by Shia militias. According to Milley, US troops would remain hunkered down in Iraq “until such time that we think the threat has subsided.”

The most recent attack on US interests in the Middle Eastern country took place last week, when a Halliburton site was targeted in Basra governorate by Katyusha rocket fire. No damage or casualties were reported in that incident.

Earlier this month, President Trump warned that Iran would “pay a very heavy price, indeed!” if Tehran or its Shia mililtia ‘proxies’ targeted US troops or assets in Iraq.

The US presence in Iraq is estimated to amount to some 6,000 troops. The US and coalition has withdrawn some forces from the country and announced the closure of several bases, transferring control of the facilities to the Iraqi army. At the same time, however, new troops have been deployed to set up and operate the air defence systems.

Iraq has yet to comment on the Patriot deployment. The country’s parliament voted to expel all US forces in the country in January, but Washington has ruled out a total withdrawal, and said any exit would be on America’s “own terms.” President Trump has also threatened the country with tough sanctions, and demanded payment for the billions of dollars the US has spent on base infrastructure.

Last week, Secretary of State Mike Pompeo announced that the White House would start a “strategic” dialogue with Baghdad in mid-June, covering a variety of issues including possible future US military deployments.