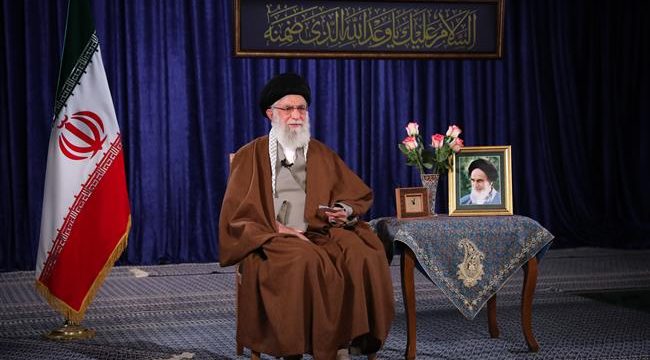 Press TV – Leader of the Islamic Revolution Ayatollah Seyyed Ali Khamenei has praised the Iranian nation’s “shining” performance in the fight against the deadly coronavirus pandemic, which he described as a  “test” facing the entire world.

Ayatollah Khamenei made the comments in a live televised speech on Thursday, marking the birthday anniversary of Imam Mahdi (PBUH), the Twelfth and last Shia Imam.

The Leader highlighted the sacrifices that the country’s medics have been making to help treat those infected with the disease — called COVID-19 — and rein in the outbreak, which he called a “modern plague” afflicting the world.

Ayatollah Khamenei said the greatest honor in this battle goes to the entire staff members of Iran’s healthcare system, who have “placed their own lives and health at the service of people.”

The medical society’s braveries, the Leader added, “will live on as a happy memory in the mind of this nation.”

Ayatollah Khamenei further praised the efforts being made by the health workers who entered the scene voluntarily to back up the fight against the virus, including Basij Forces, students and people from other walks of life.

The Leader also referred to the Armed Forces’ major contribution to the national campaign against the disease, saying they “spared no effort in the fields of science, construction and production of health and medical facilities.”

The Leader described the pandemic as a test for the world, including both governments and nations, adding, “The Iranian nation shone brightly in this coronavirus test.”

Ayatollah Khamenei further compared Iran’s response to the fast-spreading disease to that of the Western states.