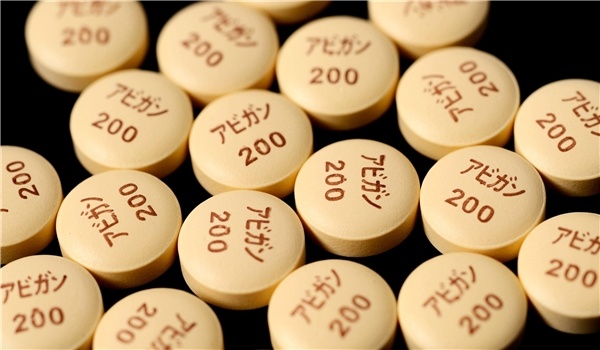 FNA – Japanese Foreign Minister Toshimitsu Motegi said on Tuesday that his country will offer free Favipiravir to twenty countries, including Iran as the world is grappling with coronavirus.

Favipiravir is an antiviral drug being developed by Toyama Chemical of Japan with activity against many RNA viruses.

According to Japanese media, Motegi made the remarks in a press conference.

The 20 countries receiving the drug, which is currently undergoing clinical tests, include Bulgaria, the Czech Republic, Indonesia, Iran, Myanmar, Saudi Arabia and Turkey, with an additional 30 countries showing interest, Motegi was quoted as saying.

“We will work with interested countries to expand clinical research on Avigan internationally,” he added.

Japan will provide the United Nations Office for Project Services with a $1 million grant to buy and distribute the drug, also known as Favipiravir, which is developed by a subsidiary of Fujifilm Holdings Corp.

The coronavirus COVID-19 is affecting approximately all countries and territories around the world. The virus was first reported in the central Chinese city of Wuhan late last year. It has so far killed over 82,000 people and infected more than 1.4 million others globally.

As for Iran, the Iranian health ministry announced on Tuesday that 2,089 new cases of infection to COVID-19 virus have been identified in the country, adding that 3,872 patients have died so far.

“According to definite diagnostic standards, a sum of 2,089 new cases of infection to COVID-19 virus have been identified in Iran during the past 24 hours, increasing the number of infections to 62, 589,” Health Ministry Spokesman Kianoush Jahanpour said.

He added that fortunately, 27,039 patients infected with COVID-19 virus have also recovered and been discharged from hospital.

Jahanpour said that 133 coronavirus patients have passed away during the past 24 hours, noting that the death toll has increased to 3,872 so far.

The Iranian foreign ministry declared that despite Washington’s claims of cooperation to transfer drugs to Iran via the new Swiss-launched payment mechanism, the US is troubling the process amid the coronavirus outbreak in the country.

As the death toll from the virus surges, Iran intensifies its preventive safety measures. Closure of schools and universities has been extended until early April.

The government also imposed travel restrictions, specially on Iran’s North, which is among the red zones. The country has also adopted strict digital health control procedures at airports to spot possible infections.

Health Minister Saeed Namaki announced earlier this month that a new national mobilization plan would be implemented across the country to fight against the coronavirus epidemic and more effectively treat patients.

Namaki said that the plan will include all the 17,000 health centers and the 9,000 medical and clinical centers in all cities, suburban areas and villages.

He added that the plan will include home quarantine, noting that infected people will receive the necessary medicines and advice, but they are asked to stay at home.

Namaki said that people with a more serious condition will stay at the hospitals, adding that the public places will be disinfected, the entries of infected towns and cities will be controlled to diagnose and quarantine the infected cases.

He added that the necessary equipment and facilities have been provided, expressing the hope that the epidemic would be curbed.

According to the latest statistics of Health Ministry, the number of medical laboratories to test coronavirus infection has reached 90 across the country.

The World Health Organization (WHO) says Iran’s response to the virus has so far been up to the mark. Still, it says the US sanctions are a big challenge, and Washington would be complicit in the rising death toll in Iran if it would not remove its sanctions.

The World Health Organization has considered priorities in combating coronavirus and Islamic Republic of Iran obeys and follows up priorities as defined by WHO.

The WHO is dispatching separate delegations to all countries.