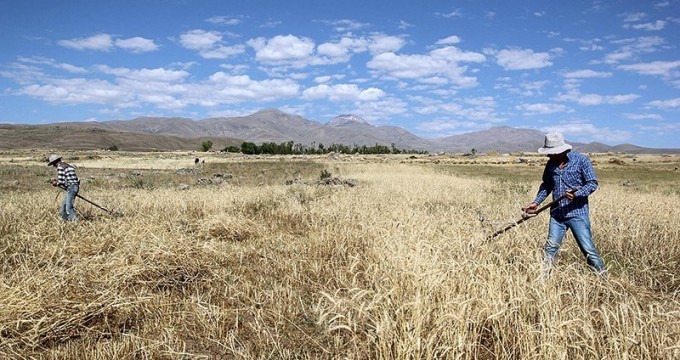 Press TV – Iran has lifted for a second time in a year the price at which it buys locally produced new-season wheat as the government plans to purchase nearly 70 percent of the crop produced inside the country.

Esmaeil Esfandiarpour said that the so-called guaranteed purchase price (GPP) announced by the government for wheat this year would mean that at least 10.5 million metric tons of the crop would be bought from the farmers.

“Our estimates are not finished yet and the figures could rise,” said Esfandiarpour, adding that higher precipitation this year could increase the yields although he insisted that more weeds and pests was a major issue for some farms across the country.

This is a second time since the harvest season last year that the Iranian government has raised buying price for wheat.

A GPP of 22,000 rials per kilogram announced in late September had sparked criticisms and concerns that many farmers would chose to sell their wheat to animal farmers who use the crop as feed.

There were also concerns that a low minimum price for wheat could lead to more illegal trafficking of the crop across the borders where demand for cheap wheat has increased in the neighboring countries.

Iran has managed to maintain a satisfying level of self-sufficiency in production of wheat and several other key strategic crops over the past years.