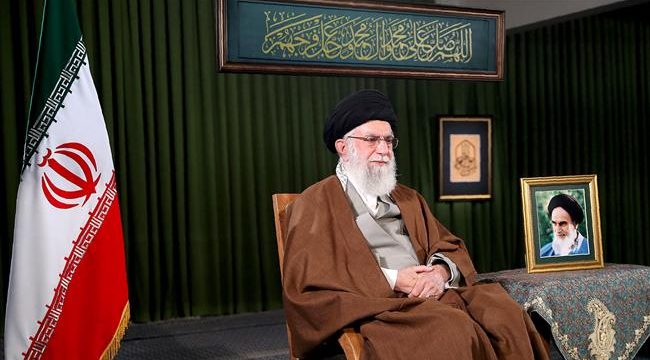 Ayatollah Khamenei: US ‘most evil’ enemy of Iran, its virus aid offer strange

Press TV – Leader of the Islamic Revolution Ayatollah Seyyed Ali Khamenei has described the US “the most evil enemy of the Iranian nation”, saying the offer by the United States to help Iran fight the coronavirus outbreak is strange.

“Today, we have no less of enemies but the most evil enemy of the Iranian nation is America,” the Leader said in a televised address on Sunday.

US officials have refused to lift draconian sanctions which are hampering Iran’s efforts to contain the coronavirus. They have instead claimed readiness to aid Iranians, with President Donald Trump saying “all they have to do is ask”.

Iranian authorities have dismissed the offer as hypocritical, saying it makes no sense when Washington keeps on imposing new sanctions which have made Iran’s access to food, medicine and other humanitarian supplies impossible.

Ayatollah Khamenei called US officials deceitful, saying they were lying as he touched on speculations that the United States has manufactured the extremely contagious disease.

“Americans have said several times that ‘we are ready to help with treatment and medicine; just ask us and we will help’. This is one of the weirdest things which they tell us to ask them,” the Leader said.

“Firstly, you have a shortage yourself and this is what American officials say. Secondly, you are accused of producing the virus. I do not know how true this accusation is, but when such an accusation is made, which wise person will ask for your help?” he added.

Ayatollah Khamenei said, “American officials are mendacious, deceitful, shameless and greedy. They are all kinds of charlatans who speak like charlatans. They are cruel, merciless, and terrorist.”

According to the Leader, “part of this virus is said to have been made for Iran by using genetic backgrounds which they have collected from Iranians, which of course is part of their hostility”.

Iran is the most-affected country in the Middle East with over 1,685 coronavirus deaths and 21,638 infected people.

yatollah Khamenei called on Iranians to follow the instructions of the national headquarters tasked with fighting the coronavirus as he expressed confidence in the country’s ability to contain the disease.

“Our 40-year experience shows that the country has the capacity to deal with problems and challenges at any level,” he said.

The disease is also set to take a toll on the economy, the Leader said, calling for the same patience which Iranians have shown against their enemies since the Islamic Revolution of 1979.

“Being patient means not to surrender. It means to confront the enemy with bravery and wisdom,” Ayatollah Khamenei said.

The Leader further praised the Iranian nation for remaining steadfast through all the turbulence and storm. He said one should not be surprised by the hostility to Iran, adding enemies work together against the Islamic Revolution.

“I can say with certainty that the Iranian nation is a patient nation. We officials, of course, have been impatient at times, but the Iranian people have been patient for 40 years.”

Ayatollah Khamenei urged officials to use the country’s capacities, including its young population, to solve problems.

“I have said many times that the country must be strong. Getting stronger has been derived from both the Qur’an and the Bi’tha. Strength includes the economic, political, cultural, military and propagation fields,” he said.

Bi’tha refers to sending Prophet Muhammad (Peace be upon Him) by God to the world to guide people to the right path. Ayatollah Khamenei’s speech on Sunday came on the anniversary of Bi’tha which is marked by celebrations in an occasion known as Eid al-Mab’ath.

Ayatollah Khamenei said 300 years after Bi’tha, the strongest government in science, culture, politics and military was the government of Islam.

“If we act honestly today and are not short-sighted and lazy, we can take Iran to the political, military, cultural, scientific and economic peak. However, our far-flung goal is to establish Islamic civilization,” he said.