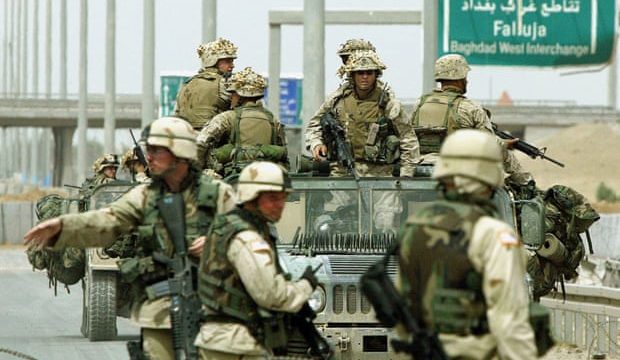 US forces come under attack at Iraqi base south of Baghdad

According to the Iraqi military, a pair of rockets hit the Besmaya base located south of the capital Baghdad late Monday night. The military installation hosts Spanish forces assisting the US-led anti-Daesh* efforts as well as NATO training forces.

The number of casualties or damage inflicted by the attack is not immediately available.

The coalition reportedly withdrew from several of its smaller bases in Iraq in the wake of the slew of rocket attacks against them. According to a statement quoted by CNN, these facilities will remain under Iraqi control and the coalition will continue to retain its advisory capacity.

On Thursday night, US aircraft struck five advanced conventional weapons storage facilities in Iraq that belong to the Iranian-backed militia Kataib Hezbollah. The United States blames the militia for a rocket attack on Camp Taji in Iraq that killed two US servicemen and a Briton on 11 March.

Iraqi President Barham Salih slammed the US strikes as a violation of the country’s sovereignty. The country’s foreign ministry summoned the US envoy to Iraq on 13 March to hand over a note of protest against unauthorised attacks committed on Iraqi soil.

The new attack comes on the heels of two rocket strikes against coalition troops near Baghdad, in which two American soldiers and a British servicewoman were killed. This prompted the US-led coalition to carry out massive strikes against Kataib Hezbollah.