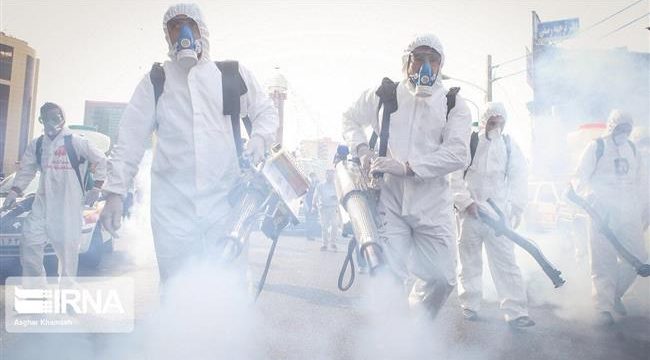 Press TV – The Iranian Army has begun drills to prevent and monitor the outbreak of a new coronavirus as the country steps up its battle against the flu-like virus originating from China.

The Army announced on Sunday that the exercises will be conducted under the command of its biodefense base and the supervision of Deputy Chief of Army for Coordination Rear Admiral Habibollah Sayyari.

The Iranian Army’s ground forces will play the main role in the war games led by Brigadier General Kioumars Heydari.

The drills came three days after Leader of the Islamic Revolution Ayatollah Seyyed Ali Khamenei issued an edict to Chairman of the Chiefs of Staff of the Iranian Armed Forces Major General Mohammad Baqeri, emphasizing the need for the establishment of a “health and treatment base” to prevent a further spread of the coronavirus epidemic.

The Leader also warned that the outbreak might be the result of a “biological attack” against the Islamic Republic.

In another development on Sunday, the coronavirus outbreak led the authorities to change the date for runoff parliamentary elections.

Spokesman for Iran’s Guardian Council Abbas Ali Kadkhodaei said the vote, which was expected to be held on April 17, had been postponed until September 11.

He added that Iran’s Interior Minister Abdolreza Rahmani Fazli had proposed two dates for the polls and that the Guardian Council had chosen September 11.

Separately on Sunday, Iran’s Parliament Speaker Ali Larijani underlined the need for analyzing data and conducting research on the coronavirus in a bid to contain the disease.

He further expressed the parliament’s support for promoting information on public hygiene ad using the media for the purpose.

“There are many hypotheses and questions about the coronavirus and providing answers to them will help the society overcome the disease.”

The coronavirus, called COVID-19, initially emerged in China late last year and is now spreading in Europe and across the Middle East.

The illness, whose symptoms are fever, cough and difficulty in breathing, may cause lung lesions and pneumonia.

On Wednesday, the World Health Organization (WHO) declared the novel coronavirus outbreak a pandemic.