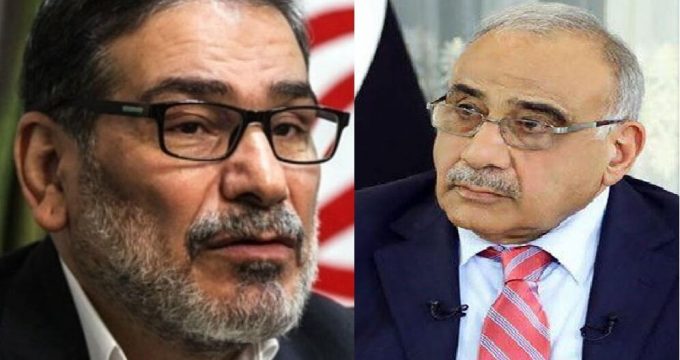 During his two-day visit to Iraq, Shamkhani held talks with Leader of the Iraqi National Wisdom Movement Ammar Hakim on current political conditions in Iraq.

The meeting was held with the attendance of Former Prime Minister of Iraq Nouri al-Maliki, Haider al-Abadi and secretary general of the Badr Organization Hadi al-Amiri.

Shamkhani on Saturday left Tehran for Baghdad at the head of a high-ranking politico-security delegation.

He was welcomed by Deputy of Iraqi National Security Advisor Esam al-Saadi in Baghdad International Airport late on Saturday.

He told IRNA upon arrival in Baghdad that he will also sit down for talks with Iraqi political leaders of all Shia, Sunni and Kurd tribes.